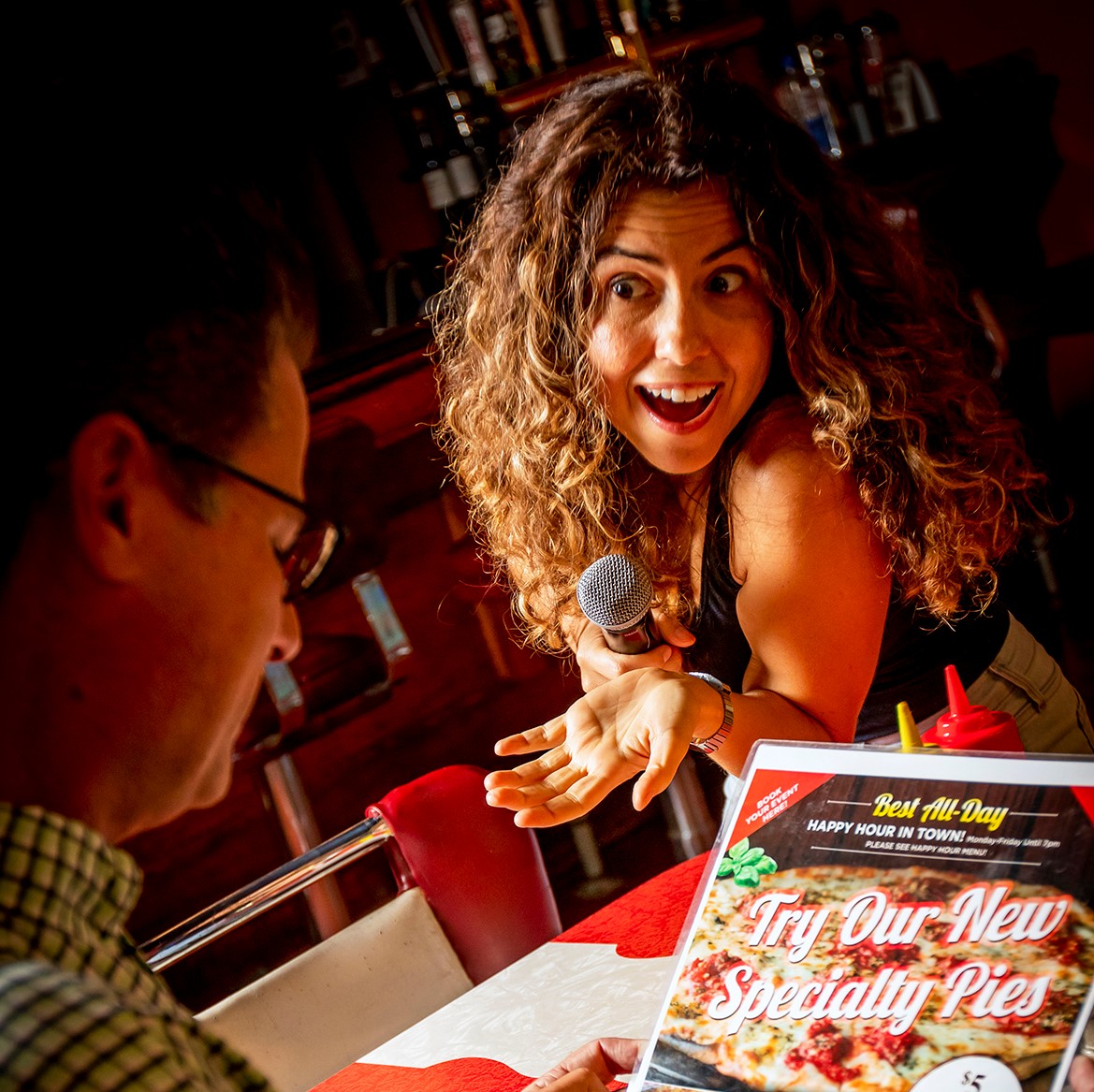 When the Laughter Stops

By her own admission, Lisa Corrao is a germophobe. But that’s not the only reason why the Pompano Beach-based stand-up comedian found the anti-mask movement so curious amid a global pandemic.

“It’s such a strange concept to me that people were liking it to socialism and taking freedom away,” says Corrao, who first took the stage in 2005 at the Fort Lauderdale Improv. “It’s not like anyone was forcing it on you in your private time. Just when you were in society.

“Think about it. We have to wear pants in public. But there are no anti-pants demonstrators. You don’t see men screaming, ‘My [private parts] gotta breathe!’ Well, maybe, some guy is doing that. It just solidifies for me how we suck at doing things as a group.”

While Corrao, who taught sixth grade at Silver Lakes Middle School in Pompano before launching her comedy career, continues to find humor in day-to-day pandemic life, the past year hasn’t exactly been a barrel of laughs. “A lot of people in my industry are hurting, big time,” she says.

In Corrao’s case, 2020 promised to be a busy year. She had booked her first USO tour, performing overseas for our troops. She had tour dates in stone, including opening for her friend and headline stand-up Patton Oswalt, as well as for Jim Norton. And she was scheduled to perform at comic book conventions (Comic-Con events), where she maintains a loyal fan base thanks to her run as Ramona on the Nickelodeon show Every Witch Way.

“And then, just like that, everything was wiped clean,” she says. “All of my dates were canceled.”

The pandemic also dropped the curtain on side projects like script writing, acting in commercials, or writing jokes for other comedians. When Corrao didn’t qualify for government relief, she started living off the money she’d been saving to buy a home.

“I was lucky because I’d been staying at my parents’ house to save that money,” says Corrao, a single mom to an 18-year-old daughter. “Still, it was sad to see that number disappearing; I was so proud of growing that savings to buy my own place. But, thankfully, I had rainy-day money—that I had to stretch into rainy-year money.”

Corrao stayed comedically sharp as a regular guest on a podcast—Dino and Dana’s Safe Space—with former late-night talk show writer Dino Stamatopoulos and voice-over actor Dana Snyder. And, eventually, as states relaxed restrictions, she was offered various gigs—including a dream opportunity at the Palm Beach Improv opening for Brian Regan, one of her all-time favorite stand-ups. But she chose not to risk her health.

“I was scared do it; I’m just too much of a germophobe,” she says. “I know I’m going to get COVID if I do stand-up right now. Just the thought of going into a comedy club and taking off my mask with all those people, it gives me an anxiety attack.

“It also makes me sad. I know that clubs have to do what they can to stay open. But I’ve known people who’ve passed away from COVID. When you know someone who’s died, it’s a little more real.”

On the brighter side, Corrao recently returned to her roots, accepting a position at Parkway Middle School of the Arts in Fort Lauderdale, where she’s teaching space science as part of the STEM (science, technology, engineering and math) program. She feels safe given the school’s strict CDC guidelines, and the job allows her to work weekends (and have summers off) once she’s comfortable returning to the clubs.

“When you have a creative job, you still have to have a way to pay your bills. That’s the way any artist’s job is going to be—and it’s going to be inconsistent,” Corrao says. “When something like [a pandemic] happens, it shows how fragile that career choice is.

“But I’m excited to get back into the classroom with my stand-up experience,” Corrao says. “I already have plans of bringing in my famous friends to do Zoom presentations. I’m going to be a hilarious teacher. And, honestly, it’ll probably give me lots of [stand-up] material.”