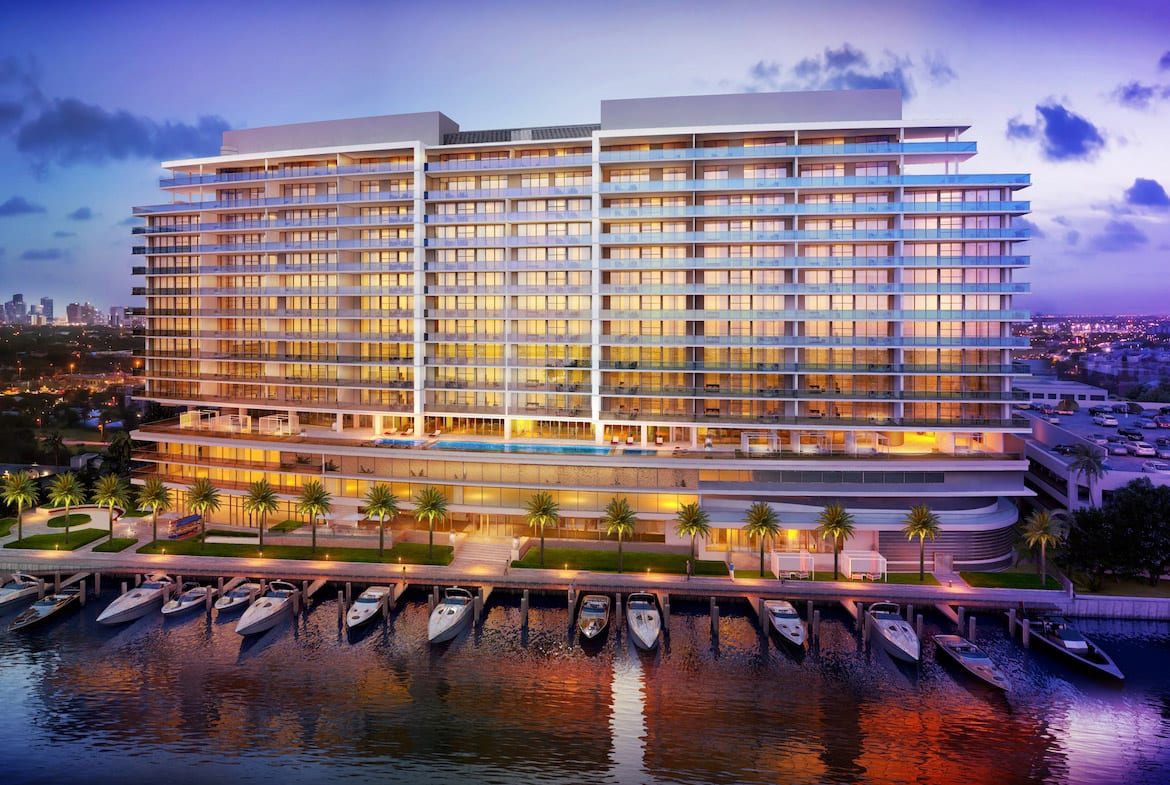 Where the luxury condos are

It’s a big change for people like Dev Motwani. He looked out a window at the Atlantic Hotel & Spa after an Urban Land Institute seminar and talked about how he grew up playing on the beach where his family owned a collection of vintage hotels.

Now, he’s part of a group developing the Paramount Residences on the site of the former Howard Johnson’s where units will start at $1 million. Further down the beach, Hilton’s most prestigious brand, Conrad, is being put on the project that was once going to have Donald Trump’s name.

The luxury condo trend extends to the Intracoastal Waterway with Privage and the Azure Bay on Birch Road and Adagio on the Bay across from Hugh Taylor Birch Park. Riva is being built on the Middle River north of Sunrise Boulevard.

Jean Francois Roy’s Ocean Land Development is spearheading a half dozen luxury boutique projects, centered on the Las Olas Isles, but also including the 45-unit Aquablu on the Intracoastal near The Galleria.

Paramount Residences will bring $1 million plus units to the former site of Howard Johnson on State Road A1A.

Andreas Ioannou, CEO of Orchestra  Hotels & Resorts Fort Lauderdale, the owner of the Conrad, says the city has benefitted from exposure created by travelers arriving at Fort Lauderdale-Hollywood International Airport, which ranks as the nation’s 21st busiest airport – busier than either of Washington, D.C.’s two airports. Port Everglades also pitches in as the world’s third-busiest cruise port.

Vacationers often turn in to second-home buyers and there are also plenty of retiring Baby Boomers who are fed up with the cold. West Broward empty nesters heading east are fueling the trend as well.

Motwani also notes, “We are the yachting capital of the world and it’s one of our biggest selling points.”

AquaLuna is among a half dozen Ocean Land Development projects that will provide residents a luxurious place to live and dock.

If anyone is really cashing in on the yachting crowd, it’s Francois Roy because each of his six projects, being marketed by Barkin-Gilman & Associates, have boat slips. The Las Olas Isles also serve as a midway point between the emerging village on the beach and the well-established one downtown. Roy has moved to the isles from Boca Raton and enjoys biking around the neighborhood.

Privage developer Jeremy Bedzow says the hot Miami market is rubbing off on Fort Lauderdale, which doesn’t have Miami Beach’s traffic and generally has lower prices.

“We’re not Miami. We don’t want to be Miami,” city commissioner Dean Trantalis said at the ULI seminar. Carving out its own identity means the city doesn’t want to resemble Palm Beach, either.

Privage will offer units from $2 million along the Intracoastal Waterway on Birch Road.

In an interview, lifelong resident Dan Teixeira, director of sales for Realty Marketing International, gave a Goldilocks description of Fort Lauderdale: Miami is too busy for some buyers, Palm Beach is a bit too laid back, but Fort Lauderdale is just right. It also has the advantage of being in the middle of the region, so it’s easy to drive to the neighboring counties.

He’s seeing a layered approach to the beach development with hotels on the sand, redevelopment of the interior where Swedish developer Par Sanda has spent $80 million buying up mom and pop hotels, and the new wave of luxury condos on the Intracoastal.

Teixeira’s firm is involved in marketing Azure Bay, which is trying to meet the city’s green space vision by having 30-foot setbacks from the sidewalk and a see-through first floor that will allow people walking down the sidewalk to still see the water. The first floor will have both fire and water features.

Riva will bring luxury to North Federal Highway with views of the Middle River, George English Park and the beach.

An upcoming project, on Birch Road west of the Ritz Carlton will have four full-floor units priced at $4 million. Docks will accomodate up to 100 foot yachts.

The city is planning some major improvements, such as a new aquatic center at the Swimming Hall of Fame site, and some of the panelists said a higher use needs to be found for the parking lot across Las Olas Boulevard from the Elbo Room, which is symbolic of the city’s spring break past.

Bedzo says the signature developments will increase perceptions that the beach area is a first class place to live. The critical mass of restaurants, arts and culture in turn will create more responsible development.

Bradley Deckelbaum, the developer behind Riva, says “we’re almost there” when it comes to creating an urban village on the beach.

“The next level of increasing residential density and bringing support to local business year-round is what will put us over the edge.”