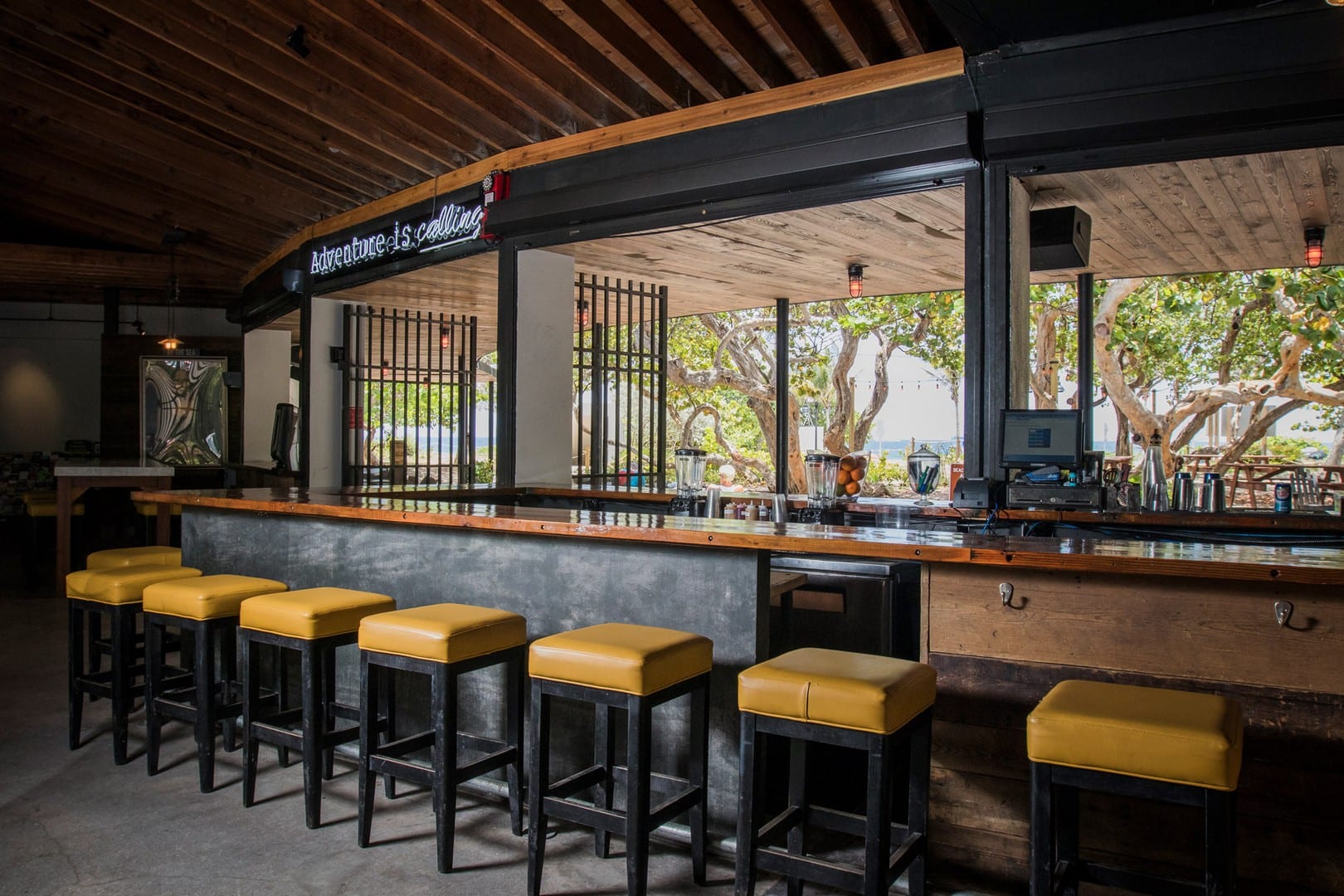 Any park can have a concession stand, but Stephen Dapuzzo of Fort Lauderdale’s Society 8 Hospitality Group saw more when he originally stumbled upon the old pavilion on the southeast side of the park along A1A, a rest area previously called BG Coco Café.

He pictured an open-air eatery where park visitors could stop and sit awhile, either as a respite in the middle of a walk, bike or run, or before embarking on an ocean adventure. There would be food and drinks that were a step above regular park fare, and, under the same roof, a place to rent bikes, canoes and wave runners.

“We created a concept that’s unique for any park,” Dapuzzo says about Park & Ocean, where the menu is an eclectic twist of beach fare. Yes, there are the requisite hamburger and fries, but there also are high-end grilled cheese sandwiches. The brisket grilled cheese is prepared with slow-cooked brisket. The shrimp grilled cheese uses manchego and a hint of truffle oil for over-the-top tang. Looking for something that won’t make you sink when you dive into the Atlantic? There’s the healthy açai salad bowl, topped with gluten-free granola, shaved coconut and a honey drizzle. Or, the “superfood” salad, which is made with quinoa and kale.

Dapuzzo created, too, what he calls Park & Ocean’s “American Brewhouse,” a drink bar of selections on tap from craft beers and wines to coffees. The most intriguing is the nitro cold-pressed coffee, in which infused nitrogen gas gives the beverage a silky and smooth texture, and tops it off from the tap with a frothy head that looks like a freshly drawn Guinness beer.

Also on the drink menu: non-alcoholic smoothies (including the Bahama, a mix of banana, blueberry, green apple, mango, coconut water and almond milk) and frozen alcoholic cocktails (the popular Drunken Monkey is a blend of coconut rum, Bailey’s Irish Cream and banana puree).

The rustic-chic interior blends in with the shady grove surroundings, giving it a camp lodge appeal, with food platters served on plates recycled from palm that are naturally compostable.

The idea for Park & Ocean was a bit of a fluke. Dapuzzo was looking at the pavilion to possibly dress it up a bit to cater weddings on the Birch Lawn, which faces the ocean. The Friends of Birch State Park, a group committed to preserving the park, had wanted to make the concession area a destination, but “weren’t sure which way to go,” Dapuzzo says. Between the Friends of Birch State Park, The Florida State Parks and Dapuzzo’s vision, Park & Ocean came together.

There was much to be discovered inside the old, wooden concession area. As he inspected the ceiling, Dapuzzo pulled down a piece of plywood and found a hidden gem underneath. The original ceiling had wood prized in these parts, Dade County pine. The forests where the wood came from are gone, so the pine is rare.

The Dade County pine discovered in other areas of the interior was reclaimed to create the restaurant’s long bar and its interior tables. There are other reclaimed touches around the 2,700-square-foot interior—including a reproduction of the Mona Lisa in the corner by a dartboard. A large wooden sign that welcomes guests into the space says “Adventure is calling.” It’s also the restaurant’s hashtag on Twitter.

“Park & Ocean is about spending the day at the park,” Dapuzzo says. “The fact that it’s steps from the ocean … well, that’s what the adventure is all about.”