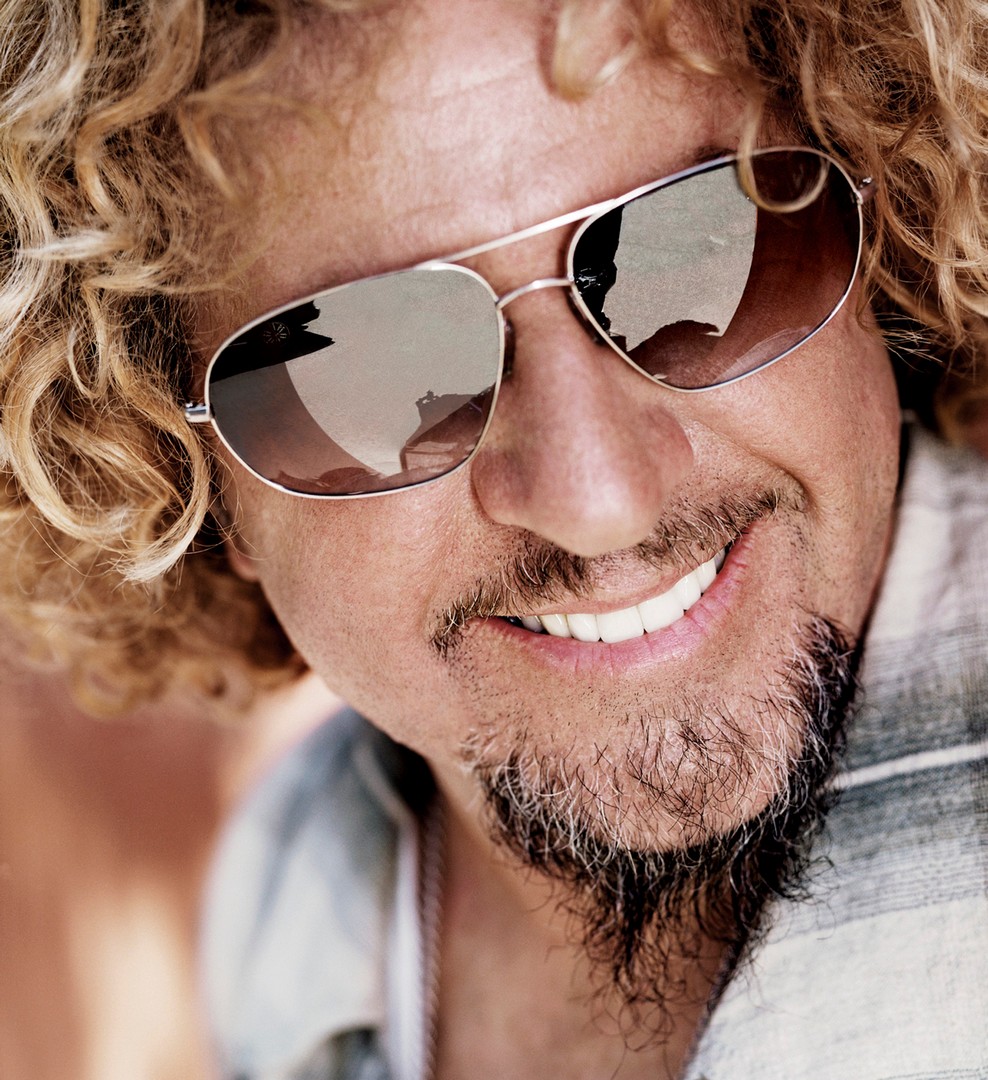 Sure, there are mornings, at age 69, when Sammy Hagar’s iconic voice is a little worse for wear after tearing through an evening of classic rock music that spans the better part of six decades.

But one pre-show glimpse at the songs he’s playing with The Circle—guitarist Vic Johnson, former Van Halen band mate and bassist Michael Anthony, and drummer Jason Bonham, son of the late Led Zeppelin drummer, John Bonham—and all is right in Hagar’s world.

“Nobody has this set list,” says the man who fronted Van Halen from 1985 to 1996. “We have Van Halen, solo Sammy Hagar, Montrose (where he had his first success in the early 1970s), a little Led Zeppelin. People are going to faint when they hear this.”

Some might have the same reaction upon realizing the fortune Hagar has amassed thanks to his shrewd entrepreneurial dealings, ventures that include restaurants (like Cabo Wabo Cantina in Cabo San Lucas, Mexico) and spirits (currently, Sammy’s Beach Bar Rum, available at Walmarts all over Florida; and Santo Mezquila, the tequila/mezcal hybrid he launched with Maroon 5’s Adam Levine).

On the eve of his Sept. 19 show at the Pompano Beach Amphitheater, the Red Rocker shares a few reasons why he’s “one of the luckiest freakin’ guys in the world.”

On what he’s discovered about Led Zeppelin from spending time with Jason Bonham: Back in the old days, high-energy bands like Montrose (the group where Hagar had his first big success), we would go out live and play songs twice as fast. Our 45-minute show would be over in 30 minutes. But Jason does the same thing his dad did—he holds everything back. If you speed up a Zeppelin song like “When the Levee Breaks” just two or three micro-beats per second, or however you measure it, it’s not the same song. Jimmy Page will hold his guitar back even more with the way he grinds [certain notes]. That’s what makes the Zeppelin sound so heavy.

By comparison, I came from a place where everything was about pushing the song forward and faster. I was in front of it, on top of it, jumping around and screaming. So Jason has pulled me right back in the pocket. I’m a better musician playing with a drummer like that.

On the music his children enjoy: My oldest daughter, Kama (who’s 21), she listens to the weirdest new music, and she’s always turning me on to modern tunes. My younger girl (Samantha, 16; both daughters with his wife of 21 years, Kari) is 100-percent country. She’s a horsey girl, she wants a pickup truck, and she wants to move to Montana. She listens to old country, like Waylon Jennings. She’ll go, “Dad, have you heard this song?” And it’s “Stand By Your Man” by Tammy Wynette. And I’m like, “Yeah, I’ve heard it.”

Both my sons [Aaron, 47; Andrew, 33; from his first marriage] listen to rock. Andrew will open for us on the tour. He’s a Bob Dylan; he plays harmonica and acoustic guitar. And he’s killing. I’m really impressed with him taking a musical direction. Everyone else, I think, might have been afraid to compete with their dad.

On succeeding with restaurants where other celebrities have failed: When I opened Cabo Wabo Cantina (in 1990), there would be 30, 40 people in there. But the town grew. Pretty soon, you couldn’t get in that restaurant. I think that kind of made me look good. I was lucky to get in the right place at the right time with the right concept. Now, it’s a bucket-list item. If you go to Cabo, you have to go to Cabo Wabo.

Since it’s not how I make a living, I don’t have to cut corners with all my restaurants. I’m not looking to squeeze every penny out of it. I have a high-end restaurant in Mill Valley called El Paseo. I have fine wines, and I just hired the best chef in California. He’s expensive, but I hired him anyway. So I break even there. My other restaurants make a ton because they’re in places like airports, where you don’t often get good food. You go into Sammy’s Beach Bar & Grill, you get pretty damn good food, because I insist.

On his drink of choice, feet to the fire—Santo Mezquila or Sammy’s Beach Bar Rum: Aaaaa! You [expletive]! (Sammy laughs)

How about this. It depends on the day. If it’s hot, and I’m sitting by the pool, I’m going to have a mojito or a rum and coke. If it’s nighttime, and I’m partying, I’m doing tequila shots.

On stage, I drink a rum and coke. I don’t drink tequila on stage anymore. I used to, but you do a shot of tequila and it scratches your throat; the alcohol takes away the mucous and leaves your throat a little bare. With ice cold cola, the ice takes the swelling down, and the syrup coats your throat. So, my drink is either rum and coke or rum with Dr. Pepper. I call it a Pepper Upper. Sometimes, if I overdo it with the cola, I come off stage and I can’t sleep!

On the future of rock music: When I was growing up, the Stones, The Who—I lived for those bands. When “Who’s Next” came out, you camped outside Tower Records to be one of the first to get it. Now, there are so many other options for your money and time; music isn’t as much a way of life. So, yes, I think [rock] is fading, and I don’t know if it will come back.

But live music is still alive. Bands like myself, and The Who, and Metallica and Green Day; they’re doing bigger business than ever.

You have someone out there with the latest No. 1 hit, and it’s their first big song, you may be reluctant to pay the $100 to go and see them. You don’t know if they’re going to be good or not. So I think us old guys have a little edge when it comes to playing live.

But I don’t have high hopes. I put my neck on the line by saying it in interviews, but I haven’t heard from anyone. I’m not sitting around waiting for it to happen.

Honestly, The Circle is the band that has served my eras better than any band I’ve ever been with. This band plays Montrose as good as Montrose. Van Halen as good as Van Halen. And we play Sammy songs better than some of my stuff.

I won’t say anything about Led Zeppelin, because no one can touch that mighty band. But we do a damn good job. We’re not going to take any tomatoes in the middle of “When the Levee Breaks.” You’re going to be happy.

See the complete interview with Sammy Hagar at lmgfl.com.