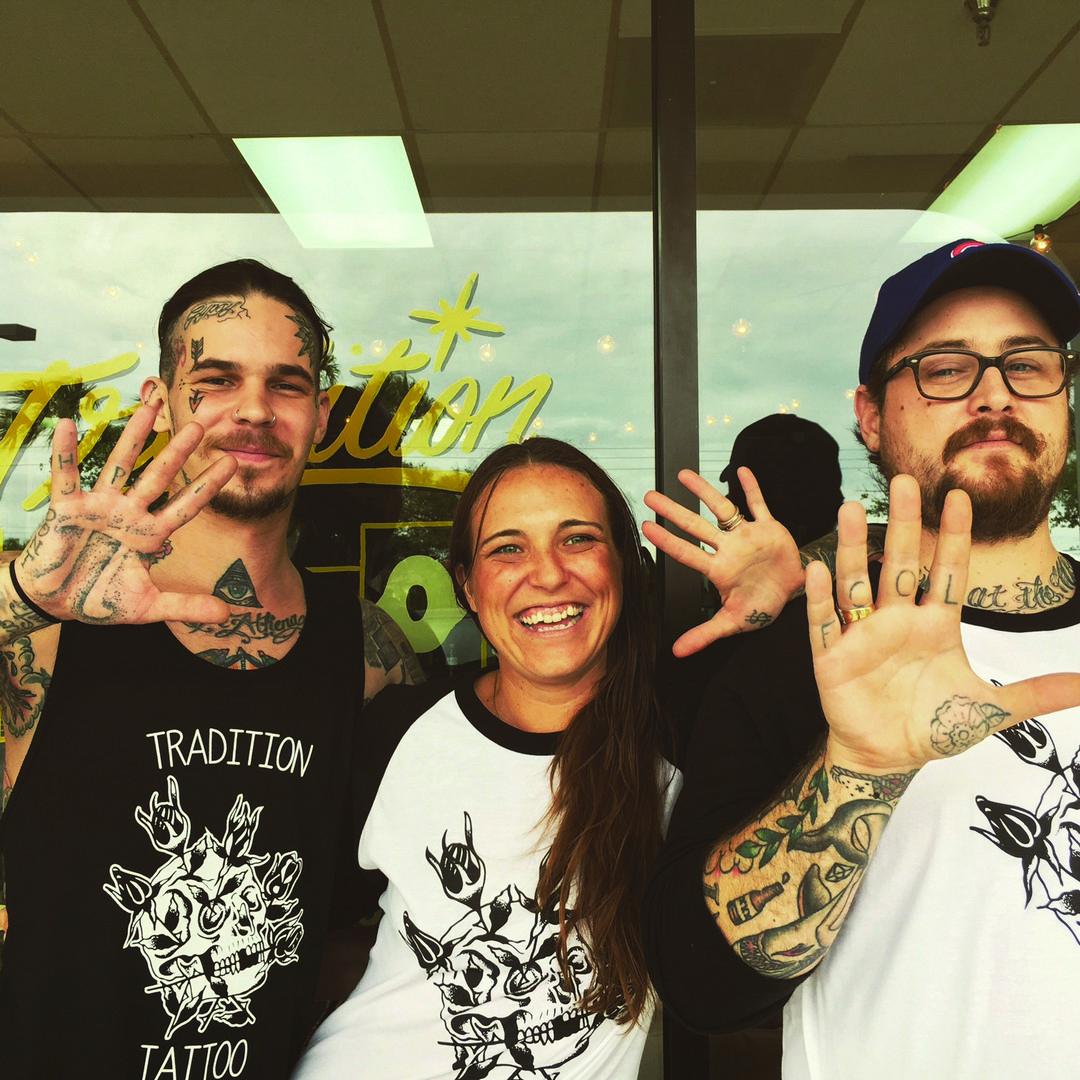 Rebecca Loveless isn’t sure how many tattoos she has, but she guesses about 60. She calls the areas of her skin without them “spots.”

She gets tattooed regularly at Tradition Tattoo, her Delray Beach parlor—the first in the city—that turns 1 this month. Before it moved into its new home (165 Avenue L), it was based in Boca Raton—making the business 5 years old.

“Hey, Sam … do you think we’ll still get ‘5’ tattoos?” Loveless asks one of her artists as he walks by on a recent afternoon.

“Yeah,” he says with a shrug, not missing a beat.

Getting new ink is a casual affair at Tradition, but opening the shop was anything but. When she heard there were no tattoo shops in Delray Beach, where she’s been living for six years, it became her mission to add one.

“I thought, well, I can be first,” says Loveless, who specializes in custom, American-traditional designs. “I’ve always enjoyed the idea of making history and putting my stamp on something.”

She applied two years ago but was rejected. The University of Florida visual arts alumna prodded—where was proof that she couldn’t open a tattoo shop?

Nowhere in the city regulations did it say she couldn’t—but it didn’t say she could, either. She took advantage of that limbo and, per the city’s suggestion, hired a lawyer. With his help, she argued that permanent makeup, a cosmetic technique that uses tattoos, had been going on in Delray Beach for years.

It worked. Last June, Tradition changed its ZIP code. Business grew about 30 percent, Loveless says, and she hired another artist to join the small, close-knit staff. After the battle with the city, it began acknowledging her as an artist, even enlisting her to paint the Delray Affairs and Garlic Fest posters.

“When I’m an old lady, I can still be the first tattoo artist in this town,” she says. “Makes you proud.”