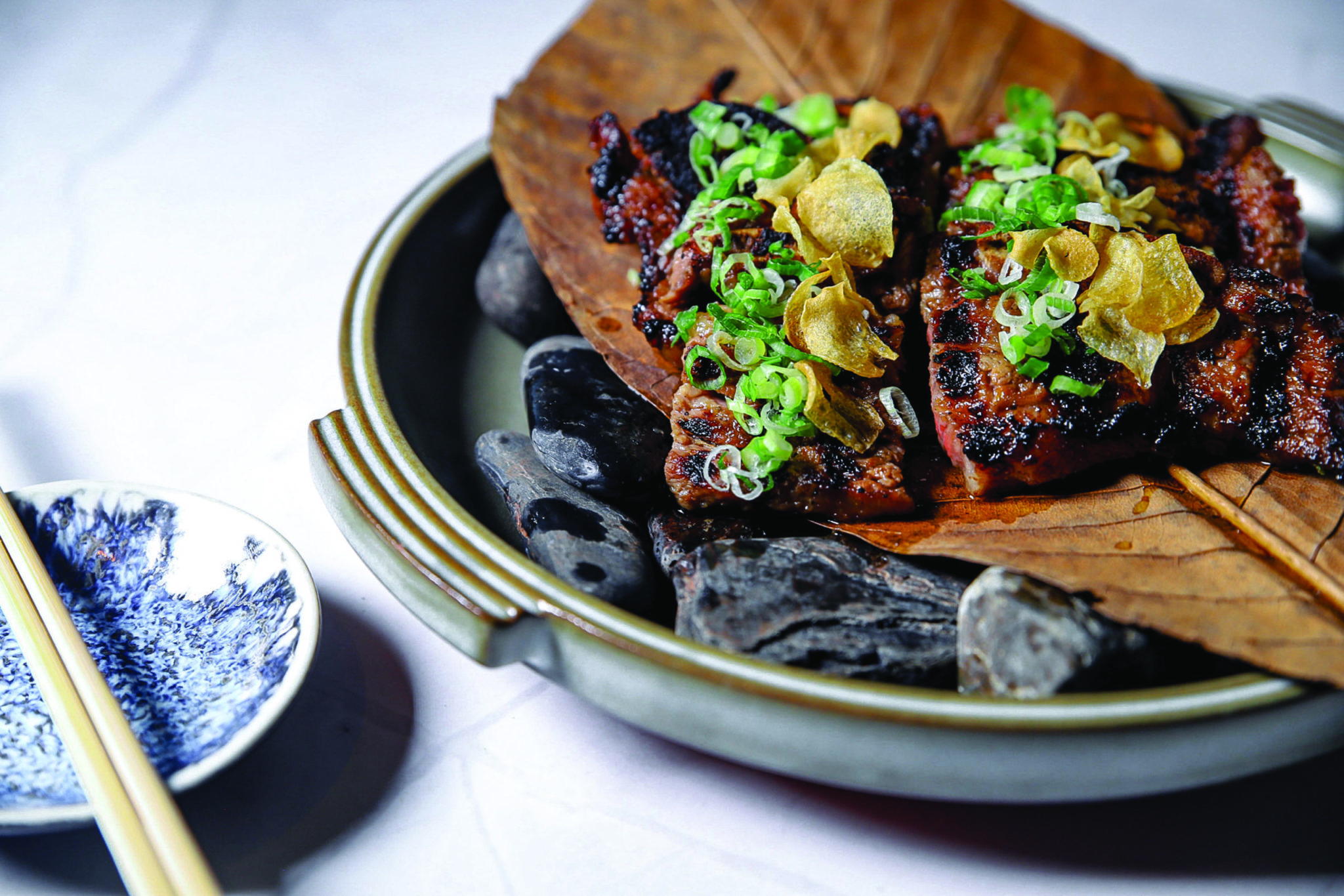 Five things to know about Takato 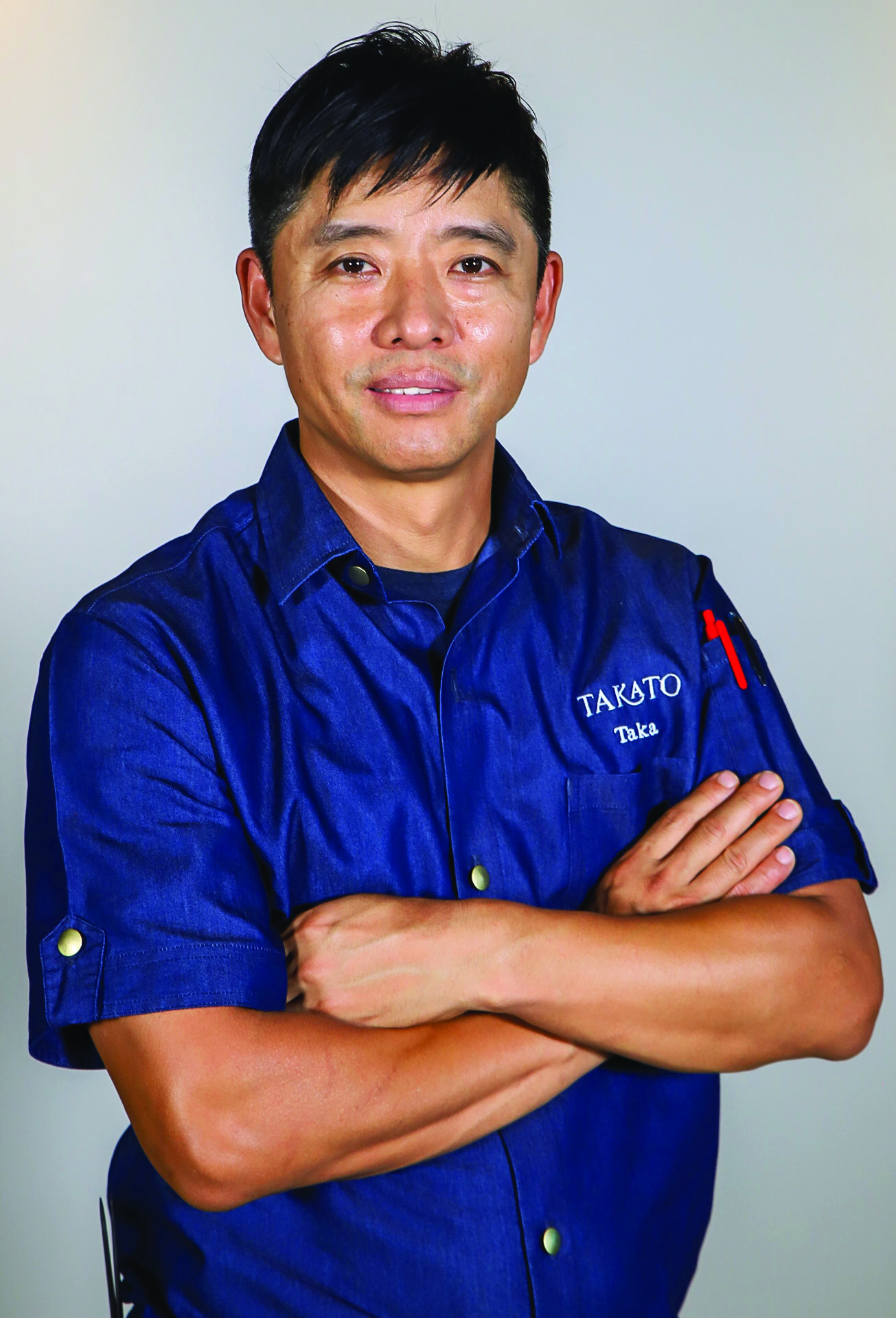 After adding to his reputation as a kitchen visionary in recent years while executive chef at Monkitail inside the The Diplomat in Hollywood, Taek Lee (aka chef Taka) has planted his own flag at the Conrad with Takato, a chic, contemporary Asian restaurant that celebrates his culinary journey. “I’ve always dreamed of creating my own experience and hand-selecting a team from the best restaurants in South Florida,” he says of the concept that opened in October. “Aligning with a luxury brand like Conrad has been extremely exciting; when the opportunity opened, I knew it was the best choice.” 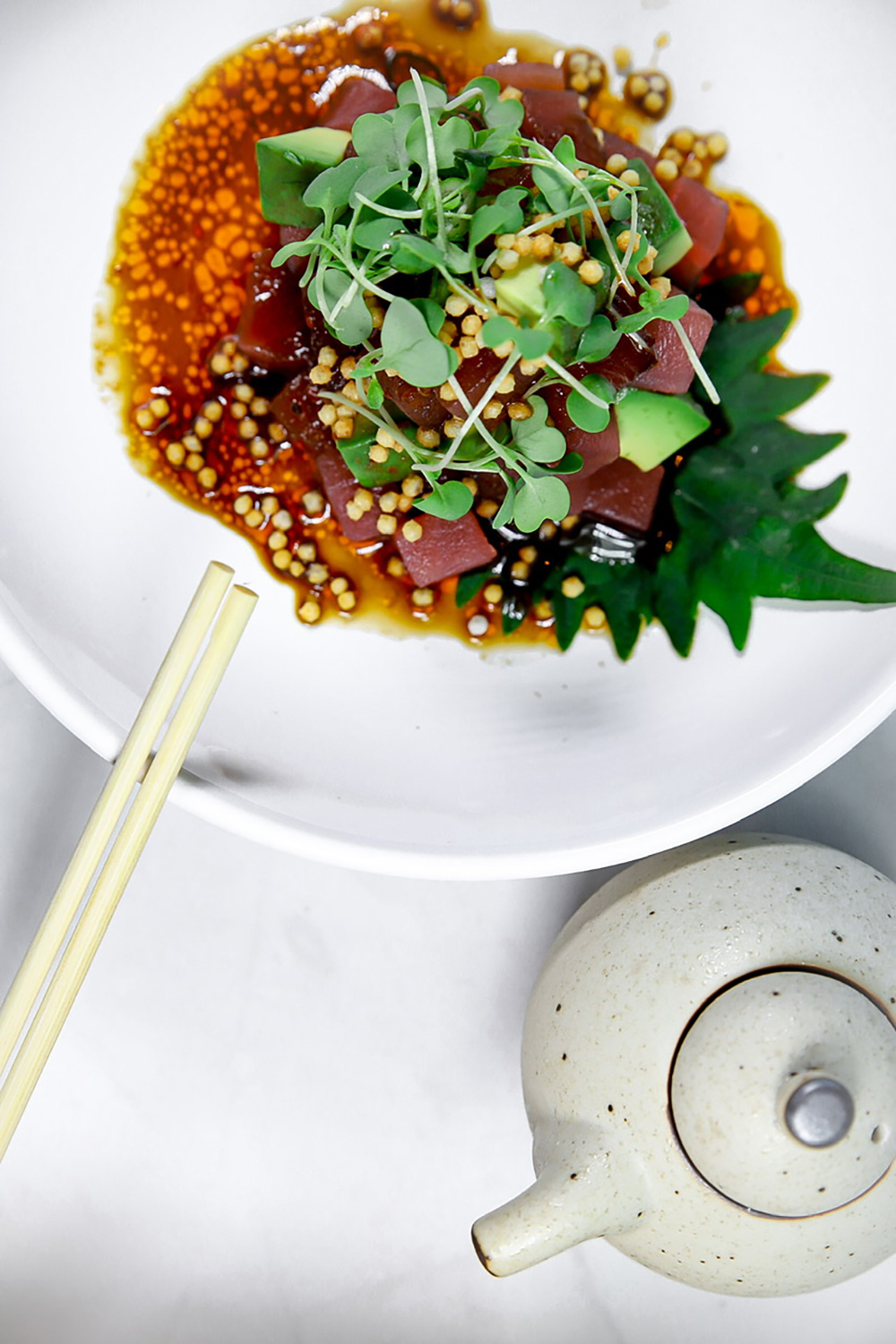 The menu at Takato, in the same oceanfront space formerly occupied by Terra Mare, draws from chef Taka’s early kitchen influences in South Korea, as well as his longtime passion for Japanese cuisine. The result is an exhilarating, flavor-rich spin on experiential dining with cultural touchpoints at every turn. Wasabi, for example, is created and served tableside; an expert in dumpling rolling kneads and stuffs the dough from scratch before tableside cart delivery of the finished product. 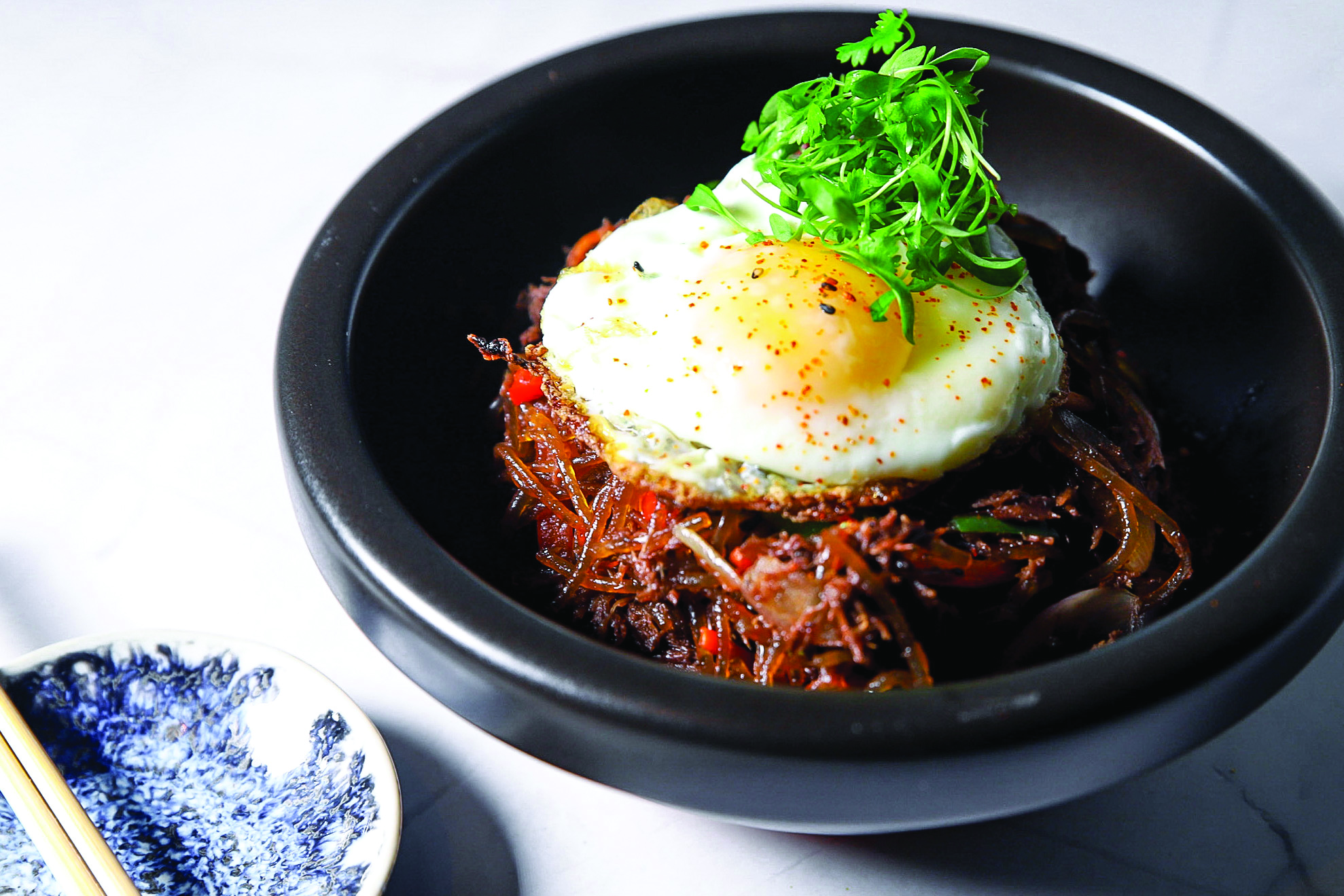 While there’s no mistaking the artistry inherent to each presentation at Takato, the Instagram-worthy offerings aren’t just for show. “No dish is ever overpowered with sauces, but the freshness of every ingredient complements the other,” chef Taka says. “That’s authentic Japanese and Korean cuisine—allowing each ingredient to shine with a few sauces.” Look no further than the tangy Angry Chicken starter, crisped to perfection and tossed in garlic, gochujang and ginger, with tofu feta in the mix to ease the spice. 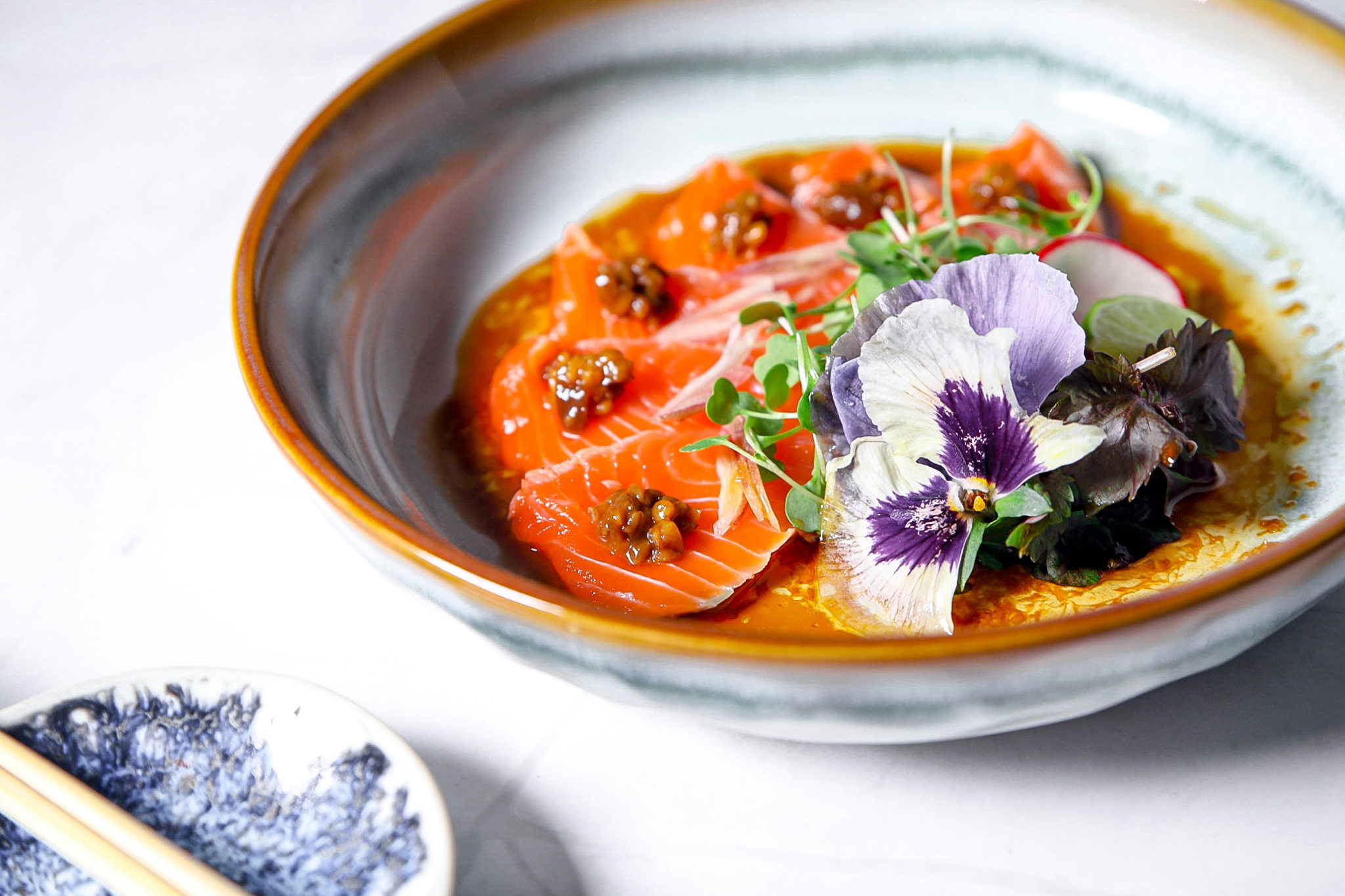 Whether it’s the deftly curated sushi menu or entrees like the melt-in-your-mouth Chilean sea bass—marinated for more than a full day in soy, mirin (a more sugary sake) and honey—seafood at Takato is a showstopper unto itself. Salmon tataki on the sushi menu boasts organic king salmon marinated in miso for six hours that’s topped with mustard tofu and served with truffle ponzu. The crispy tuna, which quickly emerged as a must-have starter, features pan-seared sushi rice topped with tuna and mixed with spicy aioli. 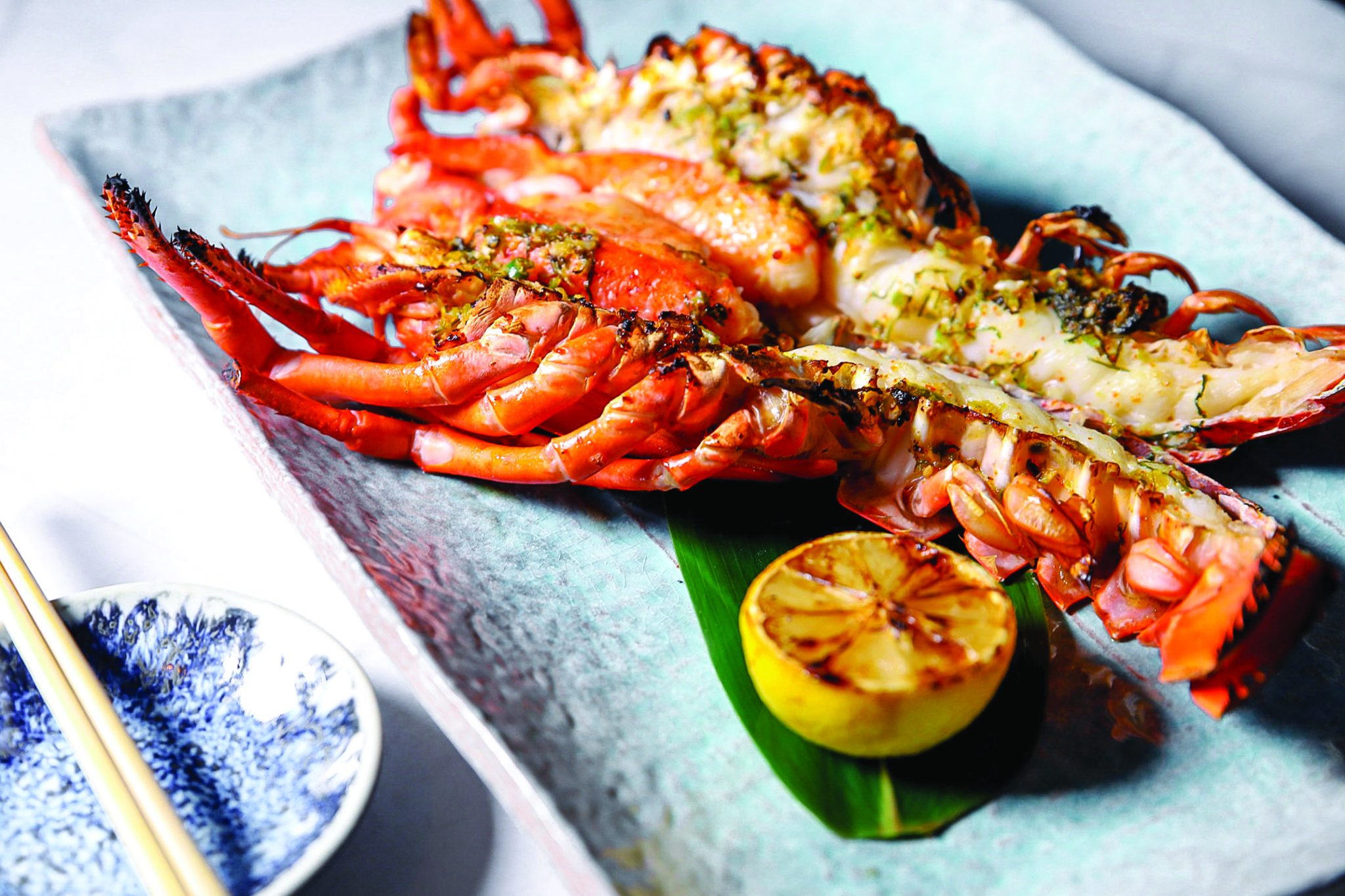 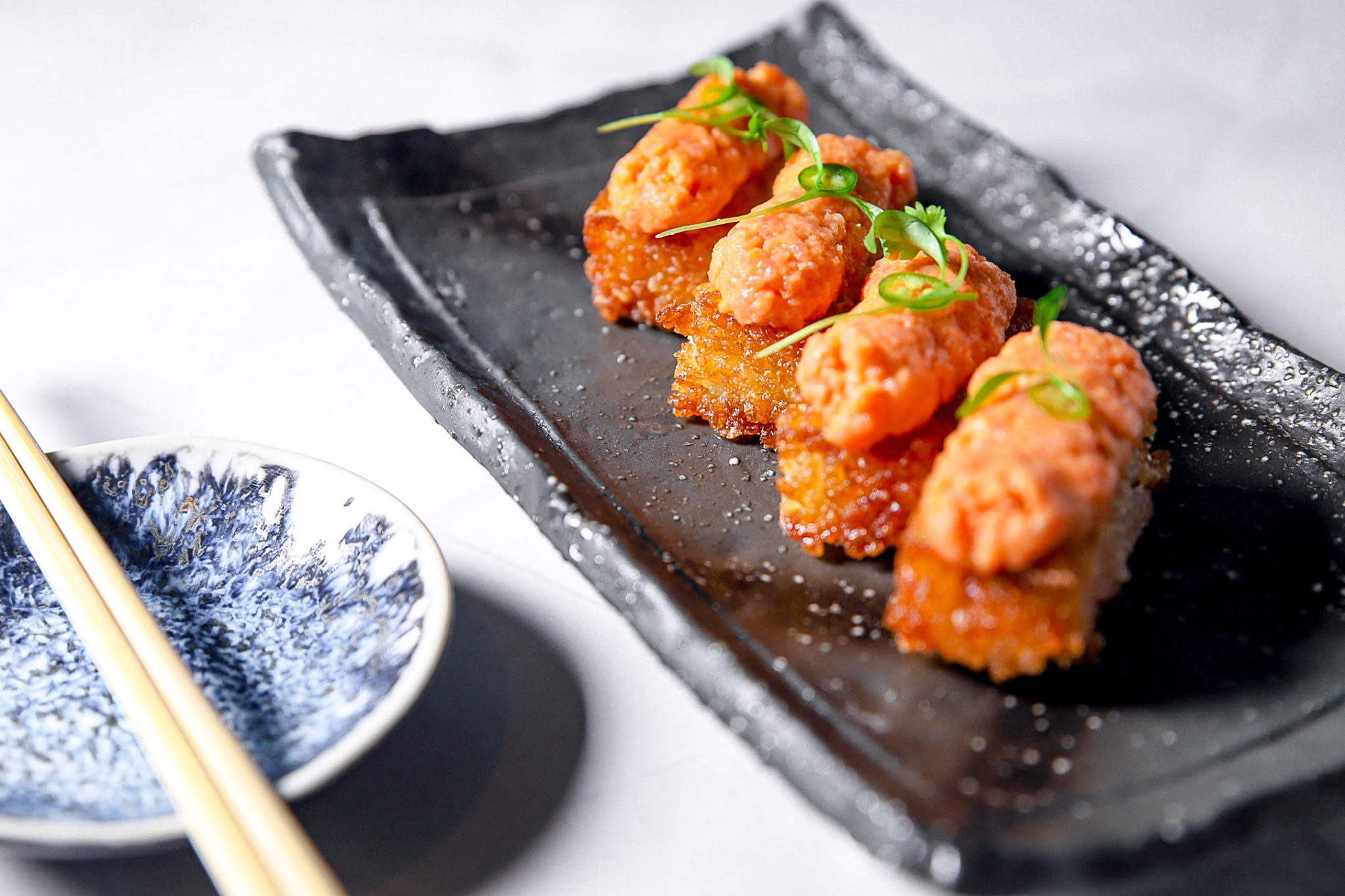