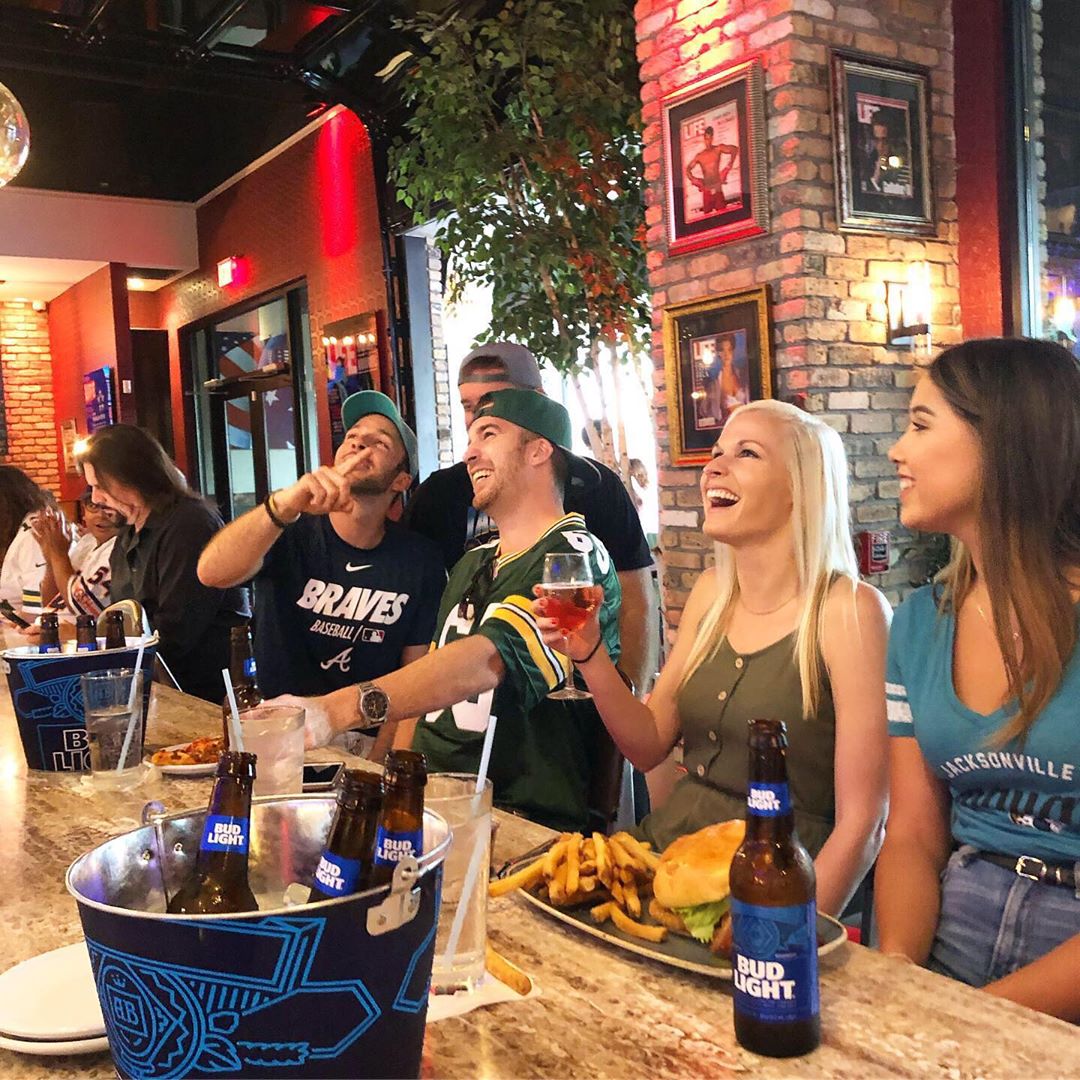 Looking for a place to cheer on your favorite football team this weekend? In South Florida, there are foodie backdrops to suit all types of fans

Gridiron goodies: Former Miami Dolphins defensive standout Kim Bokamper has enjoyed a second career as a restaurateur. His massive Fort Lauderdale restaurant on the Intracoastal Waterwaty, with flat-screen TVs as far as the eye can see, is a prime-time viewing outpost on fall Saturdays and Sundays. The menu features sushi and raw bar treats, but c’mon. That’s not what’s driving kitchen business during football season. Buffalo chicken tater kegs ($15)—jumbo tater tots stuffed with shredded chicken, cheddar cheese and ranch dressing? That’s more like it. Same with the Killer B wings (with 10 difference sauces from which to choose; $17 for a small order, $32 for the large) and signature burgers (including a steak and egg burger with bacon, $19). There’s also beer-battered fish and chips ($23) and smokehouse barbecue ribs ($29 for a full rack). Craft beers include Bo’s Brew Pale Ale, a special creation for Bokamper’s by Saltwater Brewery in Delray Beach.

Where: 10 locations between Delray Beach and Miami 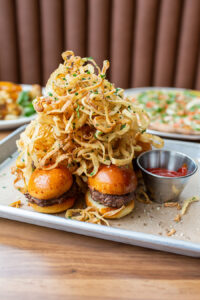 Gridiron goodies: The recently opened Las Olas location of this ever-expanding chain does elevated American bistro fare like nobody’s business. Better still, there’s a fun neighborhood vibe to the space, with seating inside (for about 90 people) and on the patio (for 120-plus)—not to mention enough TVs to get your game on. On the menu side, the mini burgers on toasted brioche with onion straws hit the spot (they come in multiples of 3, up to nine for $22). Other football favorites include dynamite shrimp ($17), hot artichoke and spinach dip ($14), and 10 different brick-oven pizzas (pie sizes run 10 inches and 14 inches; prices range from $11 to $22). Among the modest roster of draft beer options, there’s the Matchbox lager, a Czech pilsner from Bell’s Brewery in Michigan. Matchbox also dials up some interesting house cocktails, like the fig and black pepper old fashioned with Maker’s Mark bourbon. 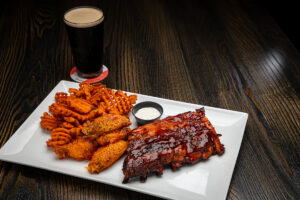 Gridiron goodies: A mainstay on the local restaurant scene since the 1980s, the neighborhood grill and popular game-day backdrop never ceases to expand its menu offerings. In addition to fajitas and tacos, Quarterdeck does sushi rolls, specialty rolls, rice-free rolls and poke bowls. Still, when the game is on the line, you go with what brought you to the dance. In the case of Quarterdeck, that’s wings ($17), burgers (the Grander, $15, has bacon, onion jam, pepper jack cheese and sauteed mushrooms), baby back ribs ($24 for a full rack), jambalaya ($17), a spicy Buffalo chicken sandwich ($15), and a killer French dip ($16).

Gridrion goodies: An 18,000-square-foot food hall may not seem like an obvious spot to watch your favorite teams in action, but in some ways, Time Out Market may be the perfect place to settle in for a long afternoon/evening. Not only are there TVs throughout the sprawling space, but there’s more than a dozen dining options to go with a central bar. When it comes to football fare, PizzElla serves up Neapolitan-style pies the way that Mom and Grandma cooked them. There’s also Little Liberty, the handcrafted burger/boozy milkshake concept conceived by James Beard Award-winning chef Michelle Bernstein and the team behind Miami’s Sweet Liberty bar. Then there’s Chick’n Jones, with chef-driven fried chicken, grilled green tomatoes and other Southern delights, courtesy of Amaris Jones. For dessert, don’t miss the Cuban ice cream concoctions at Azucar—like the Abuela Maria (vanilla ice cream, guava and cream cheese mixed with Maria cookies). 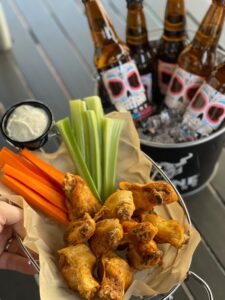 Gridiron goodies: One of several concepts under the Kush Hospitality banner, this tribute to the one-time oldest bar in Miami (the original Tobacco Road closed in 2014) is more than just a trip down Memory Lane. The nostalgic vibe is enhanced by a killer menu of elevated bar food. Think Bang-Bang Shrimp ($13), New Mexico Chili ($10), black bean nachos ($13), wings in a variety of sauces (10 for $20), all-beef patties (like the Frita, $18, touted as “one of the top 52 burgers in the country,” with guava jelly, potato sticks, bacon and Swiss cheese, pressed on a flat top), vegan jambalaya ($17), and Mama Bear’s chicken and waffles ($17). Specialty drinks include an ode to a Miami Dolphins legend—the Dan F*cking Marino boasts cantaloupe-infused Montelobos mezcal, Campari liqueur, Aperol aperitif and more.

Gridiron goodies: The official beer partner of the Miami Dolphins (for the second straight year) keeps the game-day festivities going in a variety of ways. Ticket holders can tailgate with the Veza Sur party bus before kickoff—and pony up to the custom bar buildout once inside Hard Rock Stadium. Or join your fellow Dolphins fans at the Tap Room in Wynwood—and sample the lagers, pilsners, ales, IPAs and Latin-inspired cervezas for which this Miami-based brewery is known. Joining the craft brew roster this season: Born & Raised, an American blonde ale. Tap Room guests also have chances to win tickets to a Dolphins game. 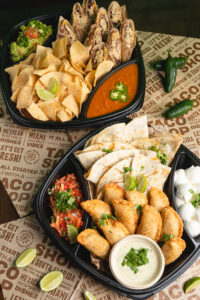 Where: All South Florida locations

LIME Fresh recently launched its first-ever Football Fiesta Package for fans planning a game day watch party at home or tailgating at the stadium. For $150, the spread serves 10 people and includes five Queso Burritos (Chicken and Ground Beef) *cut in half; five Chicken Quesadillas with sour cream on the side *cut in half; 10 Beef Empanadas with avocado ranch on the side and chips with guacamole and salsa.