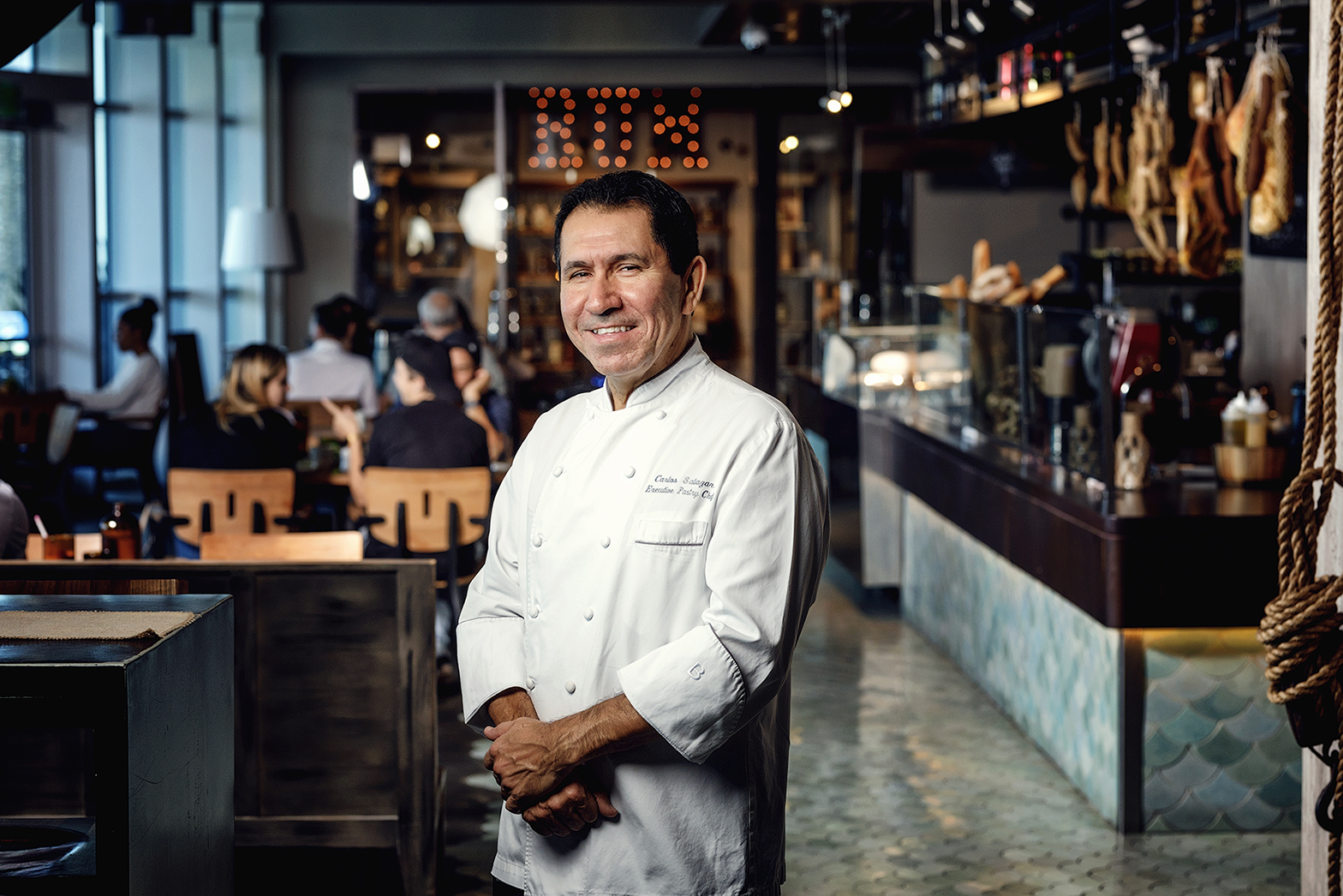 How Sweet It Is at The Ritz-Carlton Fort Lauderdale

As part of this season’s holiday festivities at the Ritz-Carlton, Fort Lauderdale, pastry chef Carlos Salazar and his team are preparing a gingerbread house for the hotel lobby that’s destined to become a social media sensation. Given the philosophy that’s guided his culinary career, it’s no surprise that Salazar is looking forward to erecting the 192-square-foot main sculpture, one that requires some 2,000 pounds of flour and days to assemble.

“I’ve always been attracted to jobs that were the most difficult,” says the Miami-Dade College graduate.

“My [Vegas years] allowed me to gain experience on an entirely different level—and not just dealing with [high volume],” says Salazar, who adds that he was making desserts for 15 restaurants at the same time at one point in Vegas. “It also was about doing quality work. It gave me a chance to prove how far I could go in this industry.”

With his mother turning 90, Salazar felt the time was right to return to his South Florida roots, which included a four-year stint at the old Grand Bay hotel in Miami during the late 1980s. It also fulfilled his goal of one day working for a Ritz-Carlton property.

At the Ritz in Fort Lauderdale, where Salazar has been since April, the executive pastry chef oversees a team of eight that handles dessert duties for all dining-related aspects of the resort, including banquets, the poolside café and Burlock Coast, the much-buzzed-about restaurant led by Paula DaSilva.

In complementing the ambience and farm-fresh fare at Burlock Coast, Salazar says that his pastry strategy involved presentations that play off the restaurant’s rustic look (think dishes served on woods and antique trays). Most important, he wanted desserts that didn’t leave customers scratching their heads.

“Sometimes, you’ll go to a fancy restaurant and the dessert looks beautiful, but people still go, ‘What is it?’ ” he says. “Our desserts here are very friendly, very eye-catching—and easy to recognize.”

They’re also delicious. Salazar did a deep-dive on a few of the favorites. 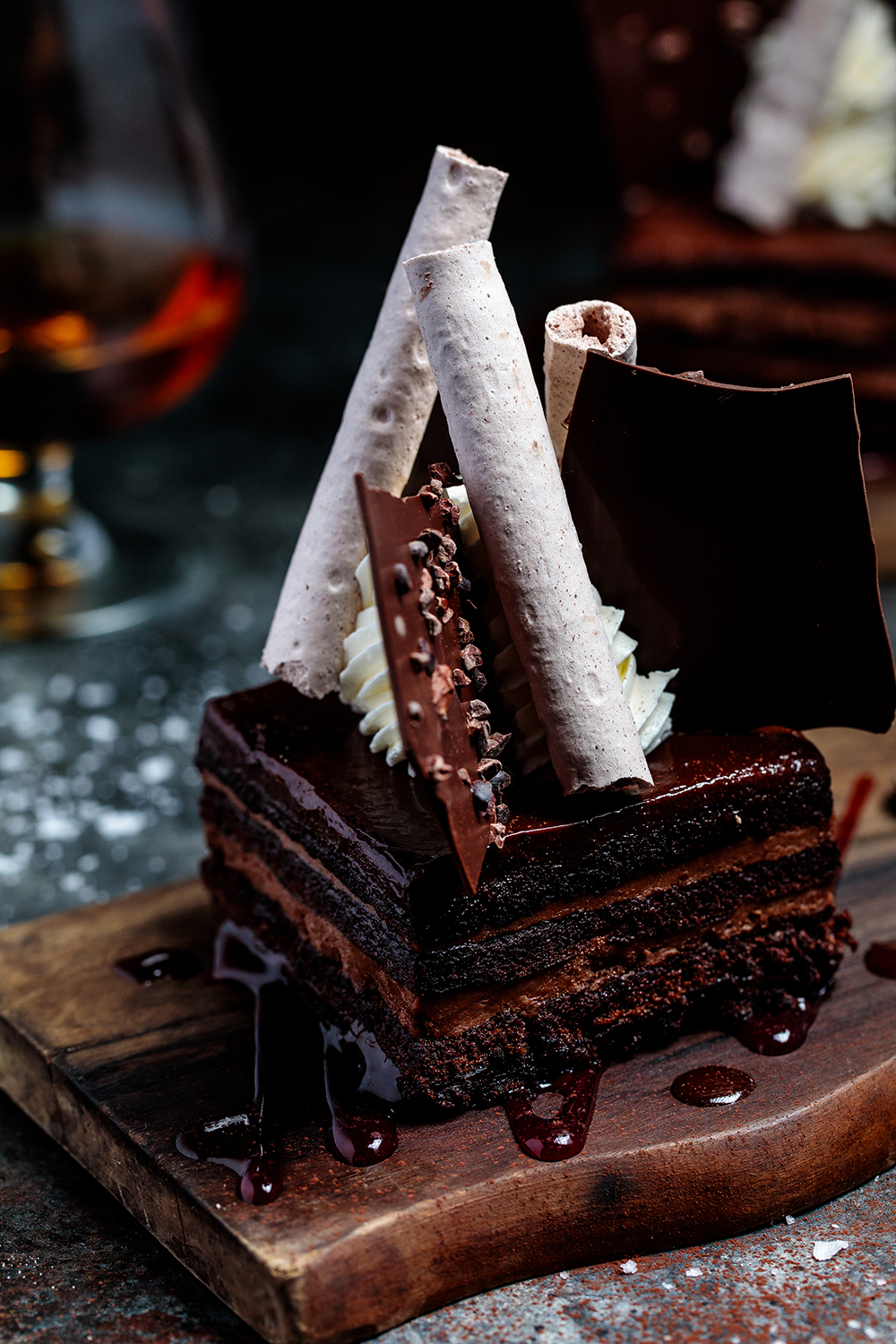