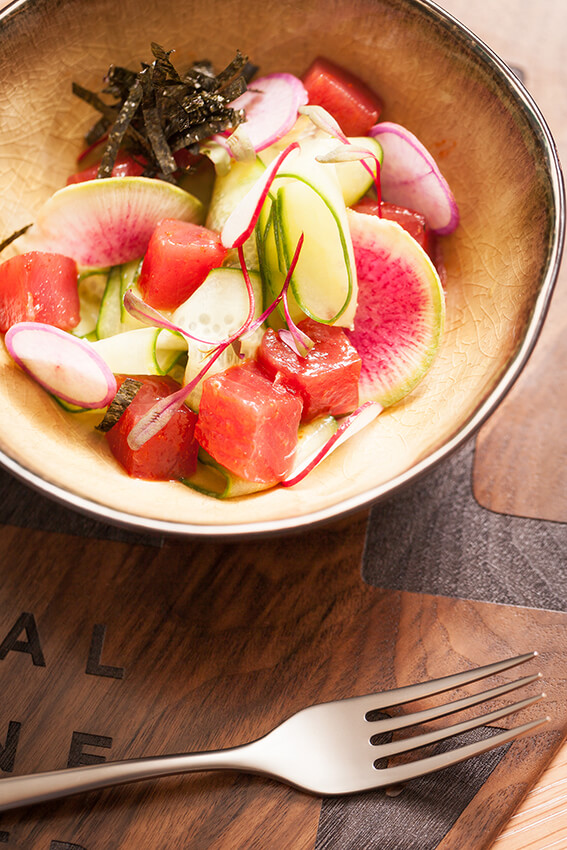 Keep the Light On

Inspired by the Cape Florida Lighthouse, which sits along the edge of Bill Baggs State Park in Key Biscayne, the Ritz-Carlton’s newest restaurant brings coastal dining to the quiet barrier island.

Lightkeepers, named for the lighthouse keepers of the 1800s, spotlights Florida-sourced ingredients, such as cheeses from Winter Park, beef from Ocoee, and snapper from Key West, within a menu of meat, fish and vegetable plates.

Though it’s located in a hotel (455 Grand Bay Drive), its warm atmosphere and affordable pricing welcomes surrounding residents. With views of the Atlantic from nearly every angle, the restaurant offers a tropical, resort-like outdoor dining space coupled with a cozy interior outfitted with plush leather booths and intimate tables.

Led by chef Raul A. Del Pozo, the restaurant makes an effort to create dishes with wholesome ingredients, listing each component of a plate beneath its name on the menu.

“Locally grown and caught ingredients are key to the quality and diversity of the menu,” Del Pozo says. “We use modern cooking techniques, and charcoal and wood-burning Josper ovens to enhance flavors.”

Taste aside, Del Pozo focuses on the appearance of Lightkeepers’ dishes, strategically placing brightly colored vegetables and edible flowers atop such items as crab cakes or beets and burrata.

“The grilled Spanish octopus dish takes playful to the next level,” Del Pozo says. “It is cooked over open flames on roasted charcoal and American cherry wood. It’s paired well with a sour lotus root salad, sweet saffron aioli and toasted chilies. The different tastes bounce around your palate in every bite.”

For first-time diners, Del Pozo recommends blackened mahi mahi. “It’s overall the most well-known fish on the South Florida coast,” he says. “We blacken this fillet to perfection and drizzle it with lemon juice for a crisp, clean taste.”

Entrees can be paired with shareable sides, such as charcoal potatoes in roasted garlic aioli, charred cauliflower with caper butter, crispy Brussels sprouts with sweet chili and horseradish, or Del Pozo’s biscuits, which are made with bacon drippings and paired with Keez Beez honey butter. “They’re melt-in-your-mouth soft and filled with a sweet, smoky sensation,” he says.

Besides dinner, the restaurant serves brunch on the weekend. On Saturday, find an a la carte meal, including oysters, lobster mac and cheese and cinnamon-swirl French toast. Sunday brings an upscale buffet with omelet, bacon, waffle and pork stations, paired with a spread of other sweet and savory plates.