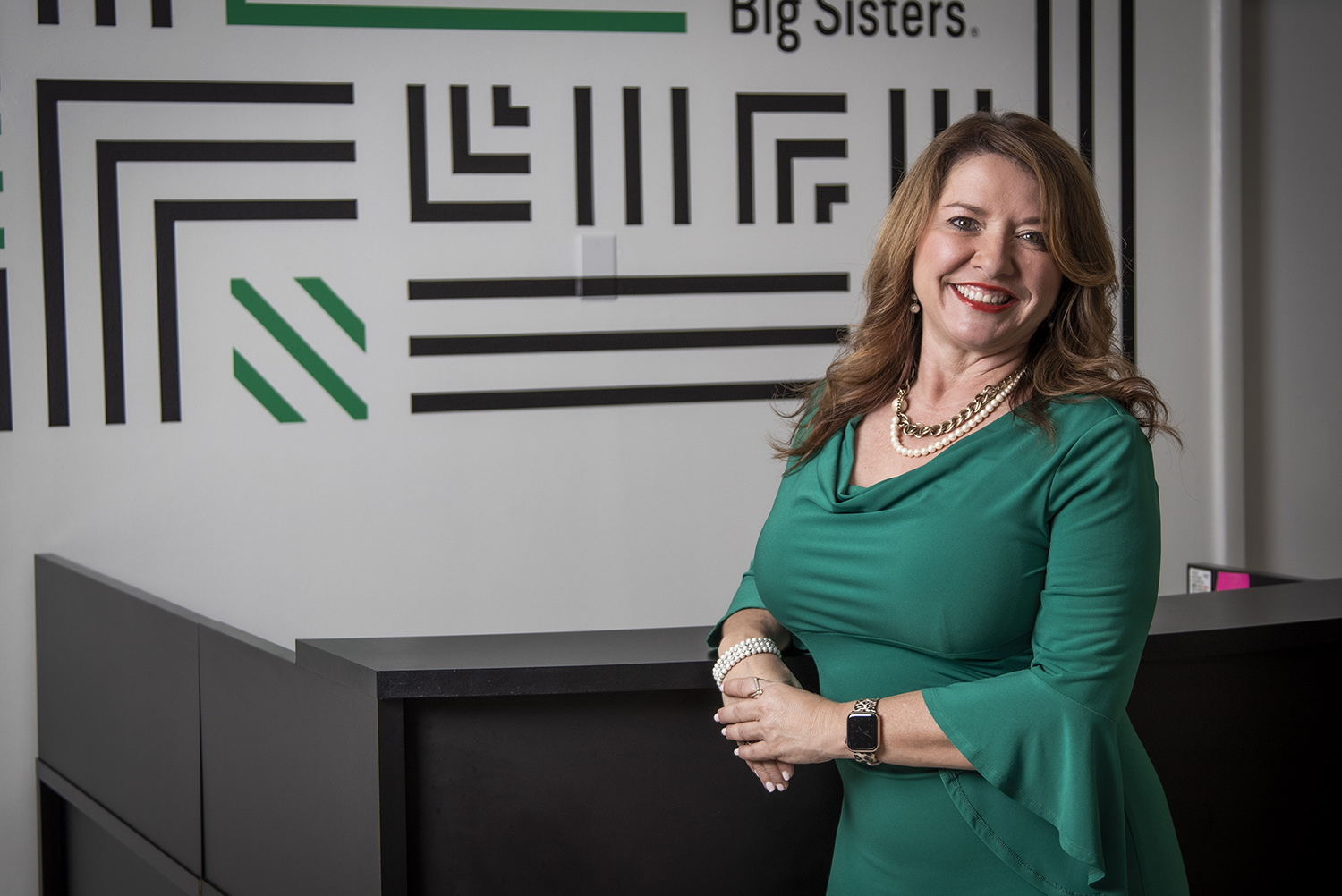 The first time Ana Cedeno approached her about working for Big Brothers Big Sisters of Broward County, about 15 years ago, Malena Mendez was flattered. She nearly accepted the position of vice president of development, but ultimately Mendez decided to stay at Broward Center of the Performing Arts, where she would spend the better part of two decades, most recently as director of corporate partnerships.

The second time Cedeno called her about a position at the renowned mentoring agency, Mendez began to cry.

That’s because the nonprofit organization’s esteemed president and CEO was calling it a career after some 27 years at the helm. Cedeno and the board did not want to go outside the community for a replacement. They wanted someone who knew the local players, who could successfully raise funds, and who could build on the past and lead the agency that serves some 1,300 youth each year into the future.

“And then Ana said, ‘I think you’re that person,’ ” Mendez says. “That’s when the tears started pouring. I know how much Ana loved this agency. I’d seen her in action for many years—I’d seen her passion and commitment to the organization. It was the most humbling, the most inspiring request.

“I always tell everyone that after that fateful call, this is not a job for me. This is now a purpose. It’s what drives me every day. I want to make sure that Ana is proud of her choice, as well as the board that entrusted me with the position. But, more than anything, it’s about serving the children and families that [rely on] Big Brothers Big Sisters.”

In part 1 of our Lifestyle Q&A with Mendez for the July issue, she talks about why the time was right for her move to Big Brothers Big Sisters.

What was it about Big Brothers Big Sisters, or maybe about this stage in your life, that made you ready for a career change?

I’d been at the Broward Center for almost 20 years. But I’m not going to lie, I was nervous about taking this leap of faith—and taking on a much bigger role as CEO than I ever had [in past roles].

Part of what went into the decision is that I’ve been here for much of my life. My parents came to United States from Cuba in 1967. In the 1960s, they assessed your skill set before shipping you off. We were sent to the Midwest because my father owned butcher stores in Cuba. Nothing like a bunch of Cubans in Chicago. They gave us coats, a few months of rent, and got jobs for my parents. My mom worked for Zenith, the television company; my dad worked in a meat-packing plant. My dad would come home to dinner, they’d get the kids ready for bed, and then Mom would work the night shift at Zenith.

After about two or three years of really hard living with three small children—and after too many blizzards in the Windy City—my parents needed to get to Florida, like most Cubans. They bought a parcel of land in Hollywood. That’s where I grew up. I went to Driftwood Middle School and graduated from Hollywood Hills High School. My big claim to fame is that I was Little Miss Driftwood!

So, I’m a Broward girl. Being involved with the agency for so long, on a personal level, I knew the work of Big Brothers Big Sisters—and how it changes the life trajectory of a child. The more I thought about the opportunity, the more I realized that was the legacy I wanted to leave in my community.

What’s been the most challenging aspect of going from a cultural organization to Big Brothers Big Sisters?

While both are nonprofits, they’re two very different [entities]. You have the performing arts center in this beautiful space on the hill, with Broadway shows, concerts, opera, symphony. It’s a tangible product, and there are a lot of assets you can utilize to help raise money. But we did a capital campaign there for a building.

Here, we’re talking about human capital. It’s getting people excited about becoming involved in something greater than themselves. For anybody who’s excelled in their career, nine times out of 10 there’s been a mentor in that person’s life—someone who’s encouraged them, taught them, helped them. A mentor can be a parent, a grandparent, a friend, a teacher. There are so many variables regarding how a mentor enters the world of a child and helps to catapult that life.

It may not seem like a tangible thing that you can see, touch and feel—like a performing arts center. But at the end of the day, it’s not that intangible.

When you look at the change in the child’s life, it is a very tangible thing. You see that child growing academically, growing socially. There’s a variety of attributes in the child’s life that you begin to see blossom—all from a relationship with a person who comes into their life and cares.