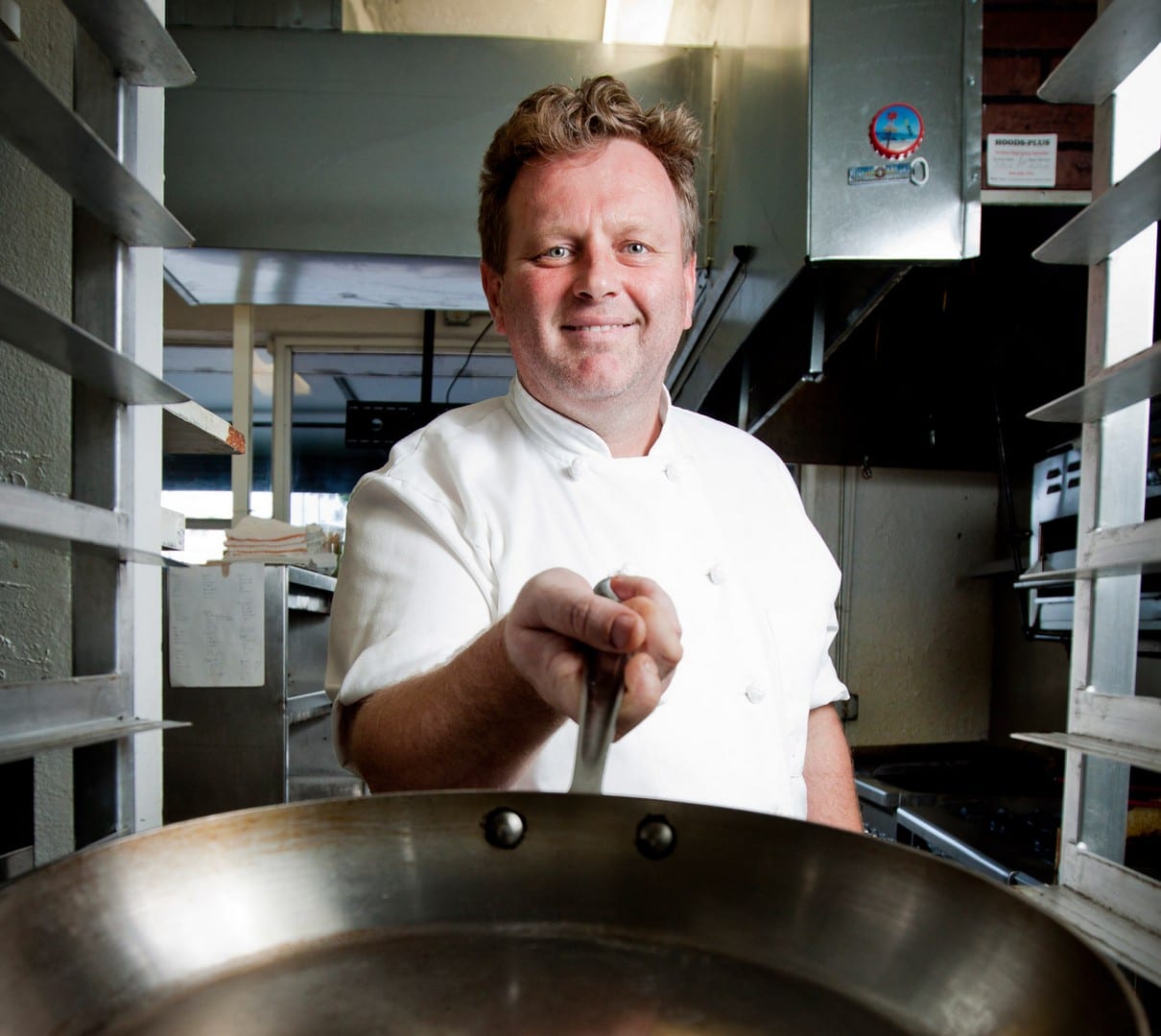 It has been three years since a small, freestanding, paper-white building with the thick, black initials H.P.B. fixed above its entryway revolutionized Fort Lauderdale’s dining scene. With scores of dive bars, burger joints and seafood shacks nearby, a place such as Hardy Park Bistro, beyond its quaint-yet-obscure design, easily sticks out.

“I always wanted to open a restaurant,” Darmon says. “But I just didn’t know what kind. I get really upset when I see chefs who spend 20 or 25 years getting really good at something, and then going and doing something totally different. All that knowledge goes wasted. I knew I didn’t want that.”

In the last 15 years, Darmon transitioned from cooking in luxury restaurants in his native Australia to journeying the open ocean on megayachts as a chef. Summers in the Mediterranean and winters in the Caribbean became routine for Darmon. In 12 years, he traveled the globe and rubbed shoulders with some of its most successful people.

“I come from an average family,” Darmon explains. “So to be able to pick these people’s brains was phenomenal. Through working with many Americans during my time on yachts, I learned that they are really positive people. I just love that.”

As Darmon discovered a love for American culture, he also began to call Fort Lauderdale home. Since the port city is one of the world’s biggest yachting bases, Darmon spent most of his downtime in South Florida, which is where he met Jessica.

“I didn’t get to go home to Australia much,” he says. “But I’d come to Fort Lauderdale every so often. Jessica and I both love it here, and we understand the community well.”

Life as a yacht chef was grueling, Darmon says. Most days he’d work about 17 hours, leaving little time for anything else. He searched for a new challenge, and decided that he wanted to merge what he learned at sea with his dreams on land.

The result is a restaurant heavily influenced by Darmon’s culinary past, featuring an infusion of dishes and ingredients that have piqued his interests over the years. It’s also one with a revolving menu; options change weekly, often with a smattering of new dishes that even his most loyal customers don’t recognize. “It’s an evolution,” he says. “It keeps it interesting. I hate being tied to [a menu] for three months.”

But there are two dishes that always remain: The H.P.B burger and the chocolate mousse. The burger is stacked with a slice of cheddar cheese, crisp onion and a smear of homemade tomato chutney. The mousse is made from scratch, too, with a touch of pillowy cream on the side.

“We’re in America; you need a burger on the menu,” he says. “And the mousse is just delicious.”
Darmon and his team pride themselves on making nearly everything in-house. They peel and slice each potato to make a day’s worth of French fries, and they create ice cream and sorbet concoctions to complement dessert.

“The product you make from scratch is far superior than what you get from a can,” he says. “We also have an open kitchen so our customers can watch us the whole time. We don’t hide anything.”

“Broward County’s food scene is just starting,” he says. “It’s getting better, but doesn’t have decades of knowing good food either. It’s exciting being here.”