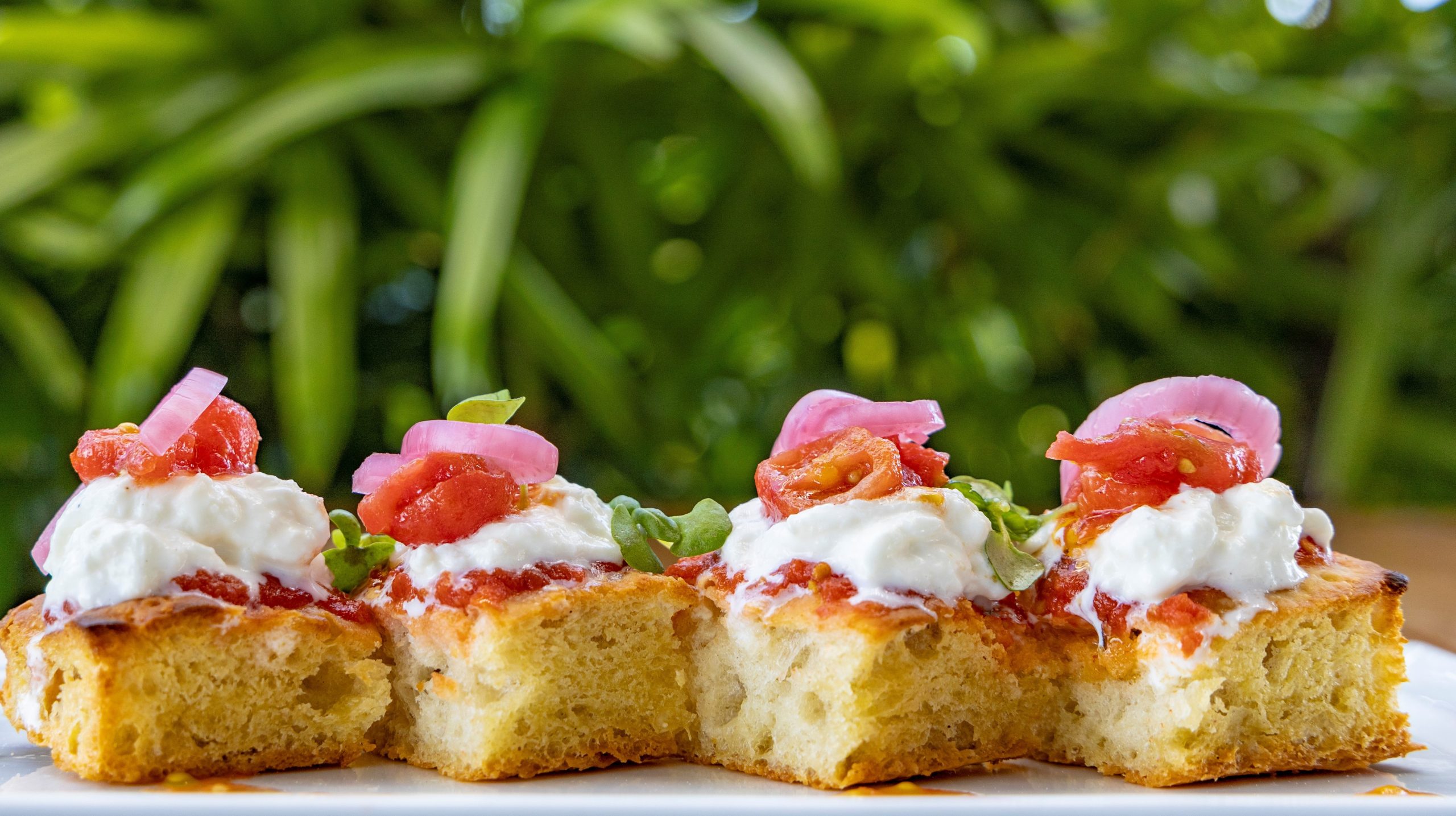 With burrata sfincione and bread pudding, Constellation Culinary Group does it again

Sometimes, in gastronomy, things just come together simply, easily and felicitously. Verde, the new restaurant at the Pérez Art Museum Miami represents one of those times. It’s not a scene—unless your idea of a scene is an outdoor table overlooking Biscayne Bay and the waterfront Maurice A. Ferré Park (formerly Museum Park), which cost $10 million to redesign, and seemingly took forever to complete. (Verde also has a 100-seat dining room.) And its hours are quite limited: lunch from Thursday to Sunday, and Thursday dinners.

Finally, the menu: it’s fresh, Mediterranean and it fits on one page, even with desserts (the tangerine creamsicle bread pudding with blackberry-tarragon sauce and creme fraiche is sublime).

The healthy selections (notwithstanding the indulgent bread pudding) are the brainchild of chef Jeremy Shelton, whose nearly 20 years of culinary experience includes stints in BLT Steak in Washington, D.C.; Scarpetta and Macchialina in Miami Beach, both justifiably beloved; and Steak 954 and Ovlo Eats in Fort Lauderdale. A Florida native, Shelton graduated from Johnson & Wales University in North Miami, with a bachelor of science in food service management.

But enough about the résumé—even better to focus on, and slowly savor, the burrata sfincione with toasted focaccia, basil and pickled tomatoes and onions. The dish registers as a softer (and easier to eat) version of bruschetta, flavorful enough to arm wrestle your dinner date over. The burrata dish leads easily to the snapper crudo with toasted garlic—delicate and subtly seasoned—and the perfectly prepared roasted branzino, which is dressed with walnut romesco sauce, warm cannellini bean salad, toasted bread crumbs and charred scallion vinaigrette.

The bayside setting and the menu’s emphasis on seafood, pizzas and vegetables begs for rosé sangria, concocted with rosé wine, vodka, orange, grapefruit and pineapple. The sangria would do well on a return visit—with the promise of savory grilled halloumi and a squash salad with labneh and mizuna, an arugula-like Japanese green.

Verde is the latest offering from Constellation Culinary Group, which was launched in 2008 and reimagined in 2018. Dedicated to providing best-in-class dining experiences for one-of-a-kind events and cultural centers, Constellation Culinary Group has more than nineteen locations in eight cities. The company oozes prestige, with venues in Carnegie Hall, the Philadelphia Museum of Art and the New York Botanical Garden.

“Throughout the process of finding Verde’s next executive chef, we were looking for that wow factor and a chef who’d uphold and honor our promise to provide each guest with an unforgettable dining experience,” says Adelee Cabrera, vice president of operations at Constellation Culinary Group. “Without compromising our integrity or high standards, Shelton brings unique flair and background to Verde’s dining room, offering a new experience for our guests.” Part of that flair and newness derives from Shelton’s restraint, an atypical characteristic in the context of Miami’s more-is-more dining milieu.