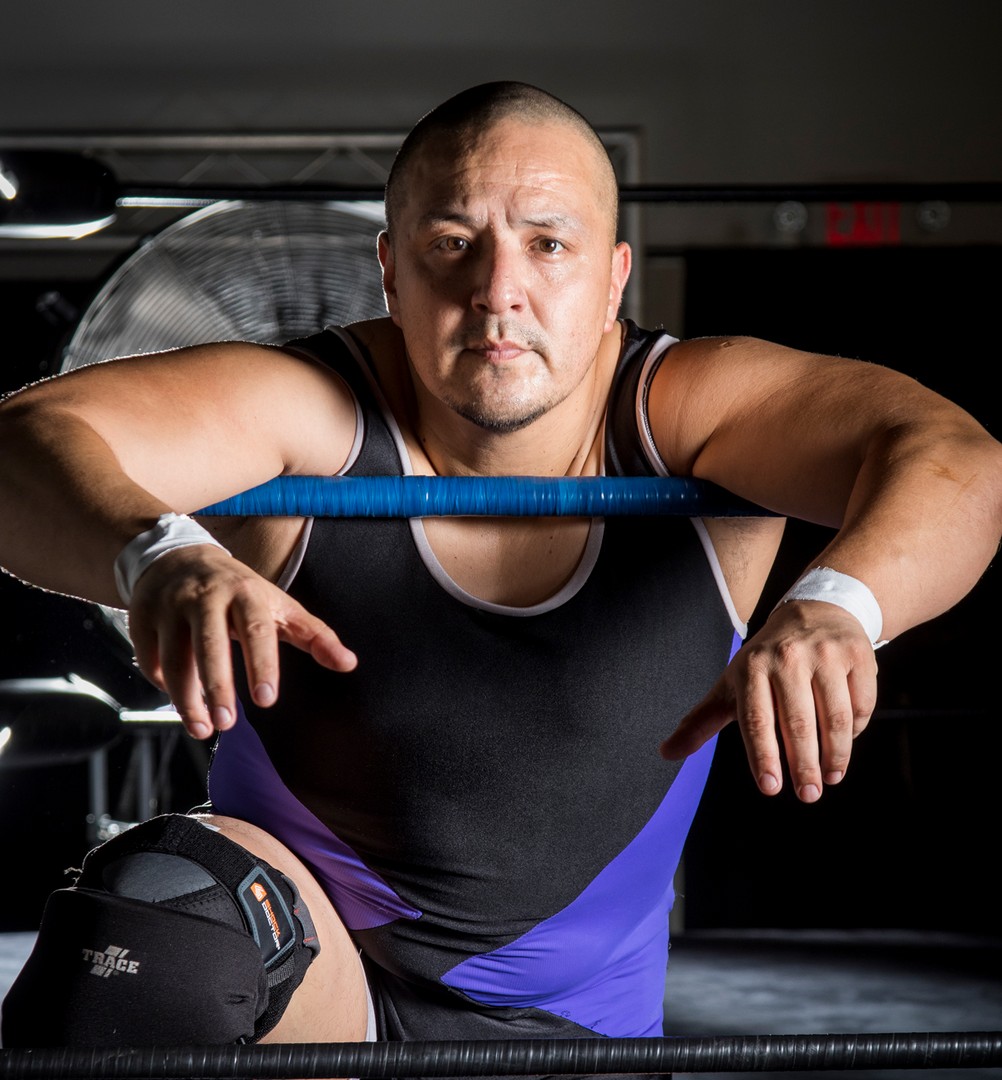 ? You have to love [wrestling] first and foremost if you want to do this. It’s a lot of sacrifice. It’s a lot of punishment on the body. If you think of only money, think you’re going to make $1,000 at your debut match—no. There’s no money at this level.

? [Extreme Championship Wrestling] taught me how to carry myself around veterans. Realizing that people are going to help a guy with a good attitude as opposed to a guy who thinks the wrestling business owes him something. The wrestling business doesn’t owe anybody anything.

? I got picked up by WWE [World Wrestling Entertainment] in 1998. I would love to sit here and tell you that WWE picked me up because of my superb wrestling ability, but the reality is that I happened to be at the right place at the right time.

? I don’t want to wrestle anymore. My priorities have changed. I have a wrestling school now. I have 20 kids [enrolled]. Kids that literally depend on me. But the money [Latin American countries are] paying me [to wrestle], I have to go. They weren’t paying me that kind of money when I was in my prime. They’re forcing me to stay in ring shape.

? I teach the guys hands-on. I’m 44, and I’ve been bumping for 20-something years. It takes its toll on your body. There’s days I can’t get out of bed. But I still enjoy it.

? I had to know who Harley Race was. I had to know who Lou Thesz was. I loved wrestling, so of course I knew [the legends of the sport]. Now, if you’re not on TV in the last two weeks, these kids don’t know who the hell you are. But they’re paying customers—it’s my job to teach them, my job to mold them.

? I expect over 500 people [at matches]. That’s my high. That’s my blood, sweat and tears. When I see my guys wrestling in front of that many people, that’s my reward.

? Wrestled throughout Latin America and Japan; continues to travel abroad for matches.