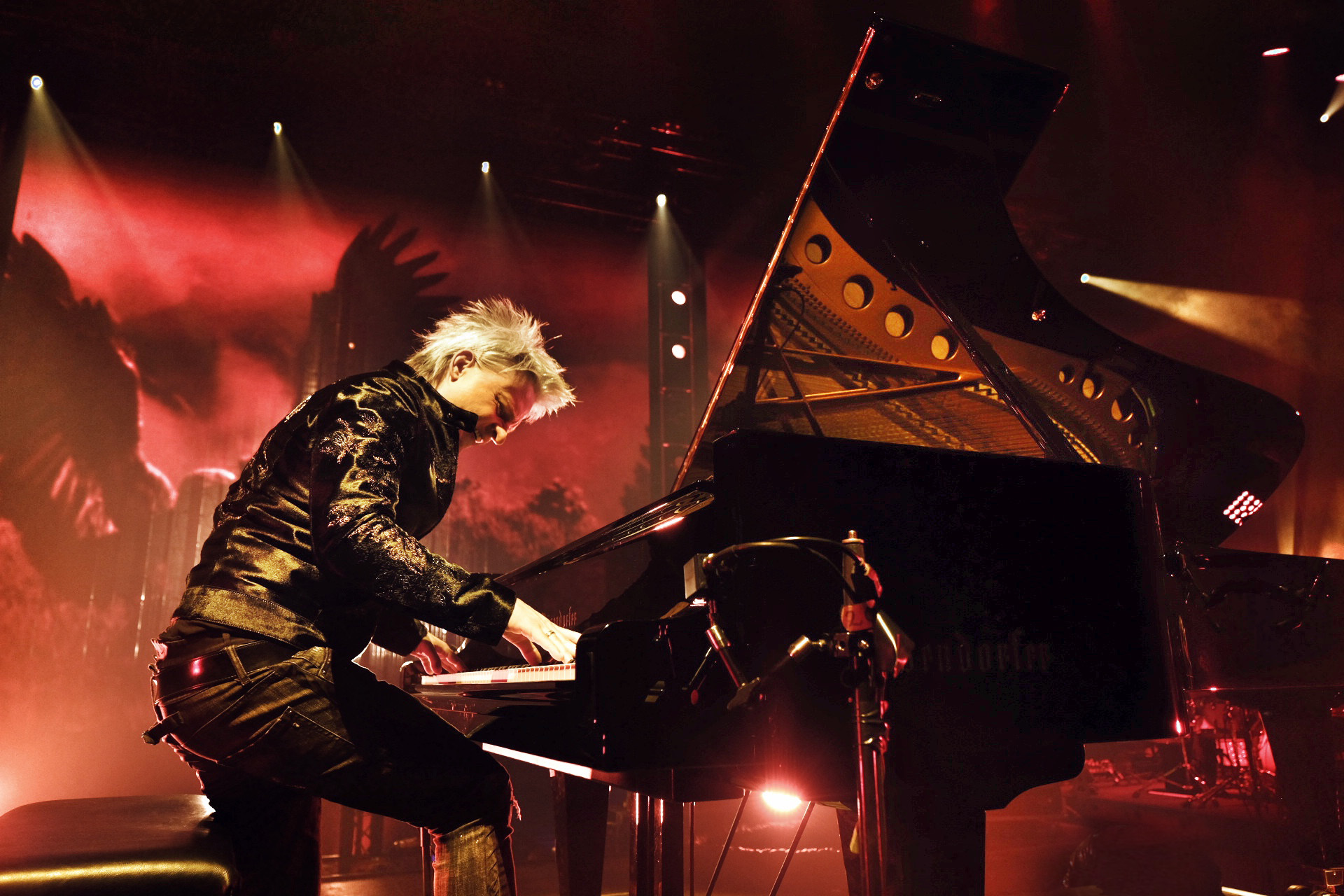 Virtuoso pianist and contemporary composer Havasi has garnered international acclaim by taking classical music as we know it, turning it on its head, and reinventing it into something original and electrifying.

Suffice to say that, thanks to Havasi, classical is cool again. As cool as the legendary Hungarian composer whose name is attached to the music academy from which Havasi, a fellow Hungarian, graduated.

“Franz Liszt was the ‘rock star’ of the Romantic Era,” says Havasi, who attended the Liszt Academy of Music in Budapest. “And I’ve always wanted to be a rock star.”

For the man born Balázs Havasi, the road to superstardom is paved with equal parts discipline and intangibles. He studied the works of the masters and “worked hard at [his] technique” at the Liszt academy. But he also feels “blessed to have been born with something that can’t be learned.”

Those natural gifts, along with plenty of “practice, practice, practice,” eventually led Havasi to Carnegie Hall in New York City. He’s also played to capacity crowds all over the world, including a performance with the Shanghai Symphony Orchestra at the Shanghai World Expo Center. Along the way, as other great entertainers have done, he’s become known by just one name.

Lifestyle met with Havasi at Hard Rock Live at The Seminole Hard Rock Hotel & Casino, the site of his upcoming first-ever U.S. Symphonic Concert Show on Oct. 24, 8 p.m. [Editor’s note: The concert was originally scheduled for March 21 and was postponed.]

Why did you decide to transition from concert pianist to symphonic composer?
I spent my first 25 years learning and playing the work of the masters, and then I asked myself: Now that I’ve conveyed the thoughts and emotions of these genius composers, how do I convey my own? That’s where the hunger came in. Since then, I’ve only performed my own works. My genre is quite complex, but I’m proud to be the composer in the center of it.

What do you expect from the theater audience at Hard Rock Live, compared to the arena crowds you’ve entertained?
Audiences here are different than in Europe. Americans are so expressive with their emotional responses. And in a place like Wembley Stadium, most of the audience can only see me up on the screen. Here, they will see me up close. And I can see them and feel their energy, which literally gives me goosebumps.

Why did you select Hard Rock Live for your first U.S.
symphonic concert?
I think the Guitar Hotel at the Hard Rock is the coolest place on Earth at this moment, and I can’t wait to play here. It represents freedom to me. It’s fun, and it offers high-quality entertainment at its best. Also, I’m a perfectionist, so I’m always looking for perfection—and this is the venue where I was able to find it.

What should people who aren’t familiar with your work know about your show?
My show is an immersive journey for the senses. There are moments of intimate storytelling, but also, it’s a fully-loaded rock concert experience—visual impact, explosive sound, LED screen projections, special effects, pyrotechnics—and everyone up on their feet cheering!