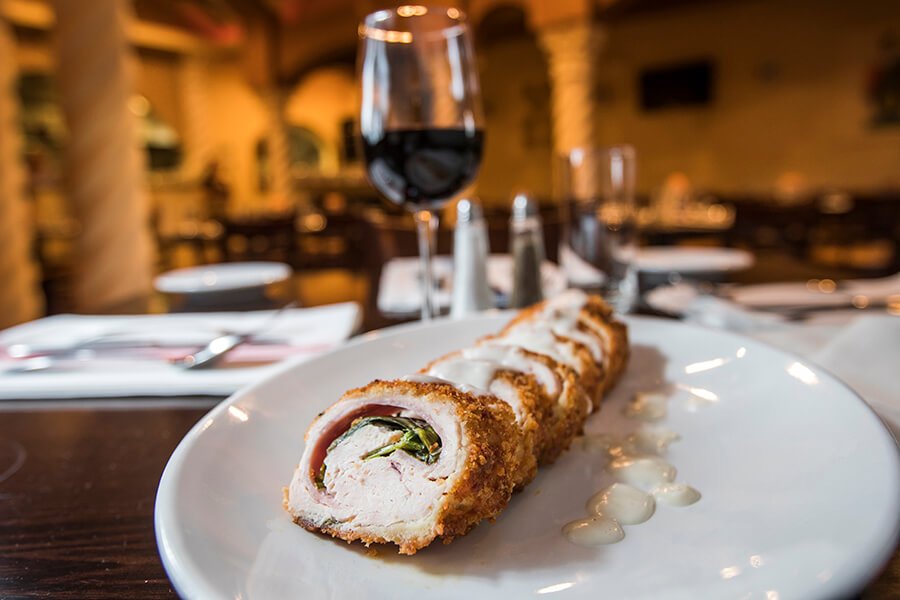 Simplicity at Its Finest

Cooking was in Franco Filippone’s blood from the very beginning.

“Being Sicilian, you get to work at a young age,” he says with a laugh. “I started cooking when I was 14, and the rest is history.”

Filippone’s father was a chef in Sicily, running his own restaurant before moving the family to upstate New York when Filippone was a boy. Everyone was involved—his father, brother and sister all cooked—and Filippone himself opened restaurants in New York.

Filippone met his wife, Rita, in New York, and they relocated to South Florida in 2005 after their first daughter was born. He quickly established himself as a chef in Fort Lauderdale, working in several restaurants before opening the upscale Sette Bello Ristorante in 2008 there.

When the Filippones moved to Coconut Creek in 2007, they had two daughters and became increasingly involved with school, sports and other community organizations. They frequently dined out in the city, but they missed authentic Italian food.

“I said to my husband, ‘I think we’re ready for a new restaurant in Coconut Creek,’ ” Rita recalls. “Something that’s more family-style, casual dining.”

They opened Sette Mezzo Ristorante in 2017. Where its sister restaurant in Fort Lauderdale is more formal, the Coconut Creek location aims to be approachable and affordable. What ties them together is the use of fresh ingredients, a made-from-scratch menu and a focus on flavor.

“We make everything in-house, from our bread to our desserts, some of our pasta, our sausages, our meatballs,” Filippone explains. “The ingredients are the best that we can get.”

Appetizers that exemplify this approach are Mozzarella Carozza, made with homemade mozzarella that is breaded and flash fried, and Bianca’s Meatballs. For entrées, steak pizzaiola has become a favorite with its simple combination of steak, San Marzano tomatoes, garlic and oregano, as has chicken parmigiana.

The restaurant has established a reputation among Creek residents, some of whom come in to dine multiple times a week. That community connection is important to both Franco and Rita, who aspire to host events and to find ways to support local schools, as well as military veterans.

The Filippones have paid attention to the ambience at Sette Mezzo as well. The dining room has vaulted ceilings, swirled columns and tile detailing. The full bar features a stone countertop and pendant light bulbs. The private dining space takes a more-intimate approach, allowing the floor-to-ceiling glass display of wine bottles to stand out. The thoughtful design creates a warm, inviting atmosphere.

Given the growing list of regulars who are making this restaurant their new spot, it’s fair to say Sette Mezzo is meeting local demand.