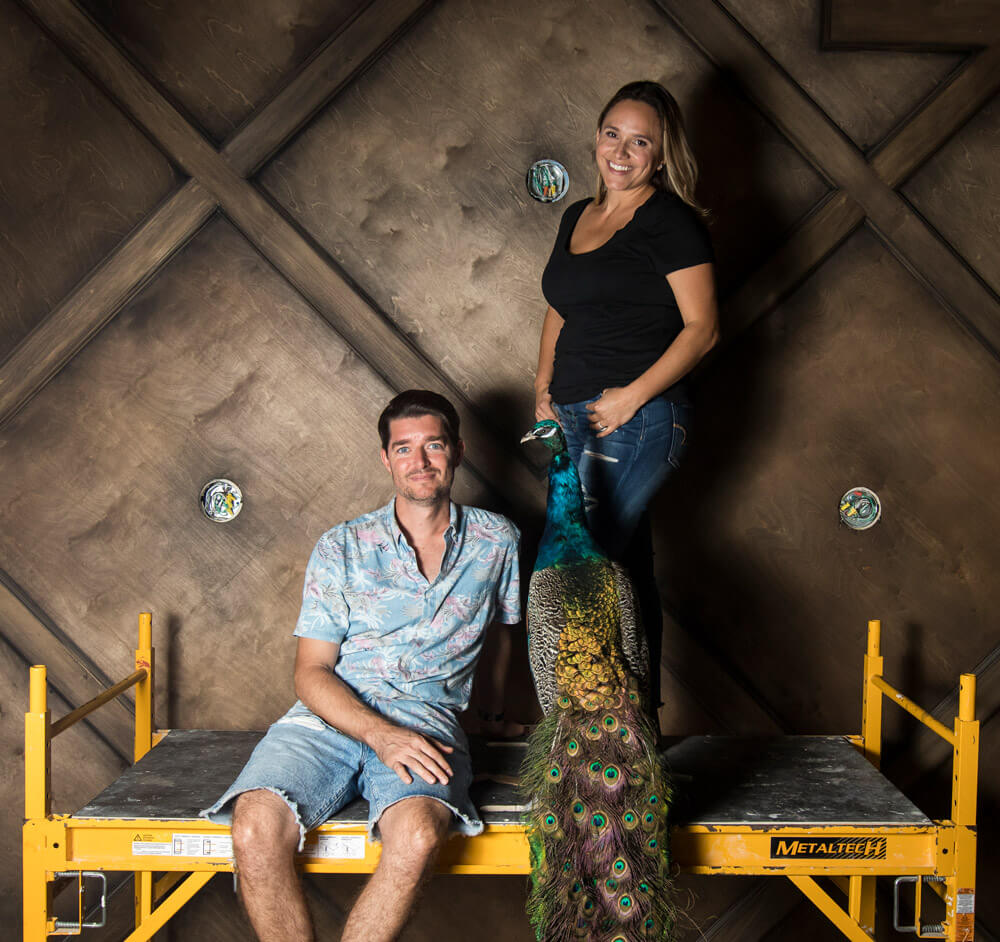 The more David and Vanessa Cardaci tried to change their routine, the more it stayed the same. They would set out on Friday nights in search of a spirited space in Fort Lauderdale, a place that exuded cool without trying, a place where they could sip on some cocktails, listen to music and savor the scene.

Thirty minutes later, they’d find themselves in a lobby bar on Miami Beach.

“You know when you’re in a busy city, and you walk into that little bar in the business district—and there’s that buzz, that air of sophistication?” Vanessa says. “That was the motivation for this space. We needed this in Broward.”

Vanessa is referring to The Wilder (701 E. Broward Blvd.), the 3,500-square-foot “social club concept” slated to open this month that the Cardacis believe will distinguish itself as a nightlife original in Fort Lauderdale. It’s the first inception-to-fruition project for the couple—and the latest venture for David, whose credits and co-credits include restaurants The Whole Enchilada and Poke House, and the indoor/outdoor Flagler Village cocktail spot, Rhythm & Vine.

The Wilder promises terrace space, as well, but it’s what’s inside that counts. Expect a classic lobby bar, with a subdued vibe, for the after-work crowd; and a great room in the back, with a DJ and a spiral staircase that leads to upper-tier seating, for the late-night crowd. Expect interior details that recall Hollywood’s glam days—sconce lighting, hand-aged woods, elegant wall art, checkered flooring and brass accents. Expect free parking, thanks to the 120 spaces behind the property.

And expect to see a 7-foot-long stuffed peacock that David goes out of his way to emphasize “died of natural causes.” There’s no real story behind the bird, except that its blue and green feathers are helping with the color scheme—and it’s consistent with the glam era that inspired David and Vanessa.

“It’s a combination of a bunch of places we’ve been to in Los Angeles, with a sprinkle of New York,” David says. “We’re filling a void that doesn’t exist in Lauderdale.”