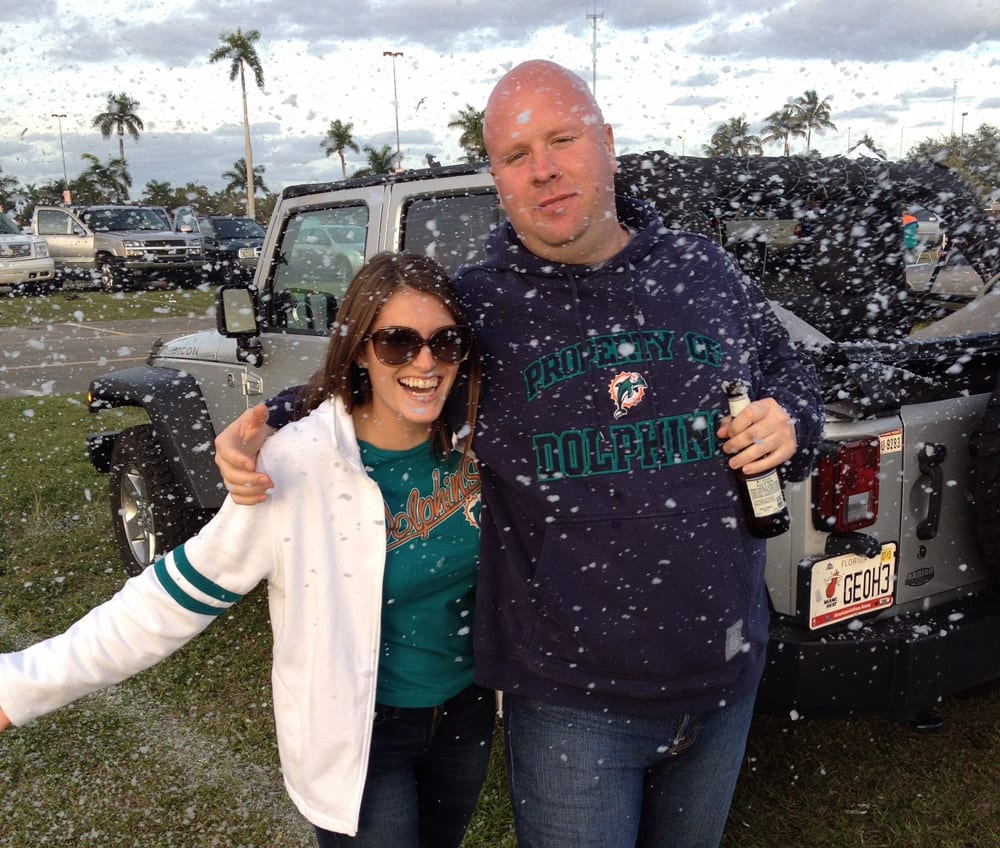 The Dolphins had their historic perfect season in 1972, which just so happens to be the year John and Lynn Wheeler of Boca Raton began their impressive tailgates. “Any person who has been to a Wheeler tailgate knows it’s the best!” says their daughter, Lisa. They’re easy to spot – just look for the massive bright-orange balloon decorated in Dolphins flags floating 200 feet in the air. The tailgating spread varies, but expect everything from baked ziti and sausage to filet mignon, depending on the game. But one thing that doesn’t change: the music. Disco is king at these tailgates, an ode to its 1970s beginnings, and the Wheeler family wouldn’t have it other way. Plus, it’s the only tailgate in Miami where you’ll find snow! Every winter, they decorate with faux snow in order to get into the holiday spirit.

It’s no secret that Dolphins tailgates can be hot. That’s why Kyle Cameron of Deerfield Beach brings a makeshift pool in his truck to each tailgate. The pool has gotten so popular that people come dressed in bathing suits ready to jump in. “They know it’s going to be there,” Cameron says. “People we don’t even know show up.” But the pool is just the beginning. The tailgate, which is hosted by Cameron along with Coastline Pressure Cleaning and South Florida Bounce and Slide, features cuisine that’s based on the team they’re playing that week (Maine lobster for the New England Patriots; Buffalo wings for the Buffalo Bills) and an annual “chili cook-off” that earns contestants bragging rights for the entire year.