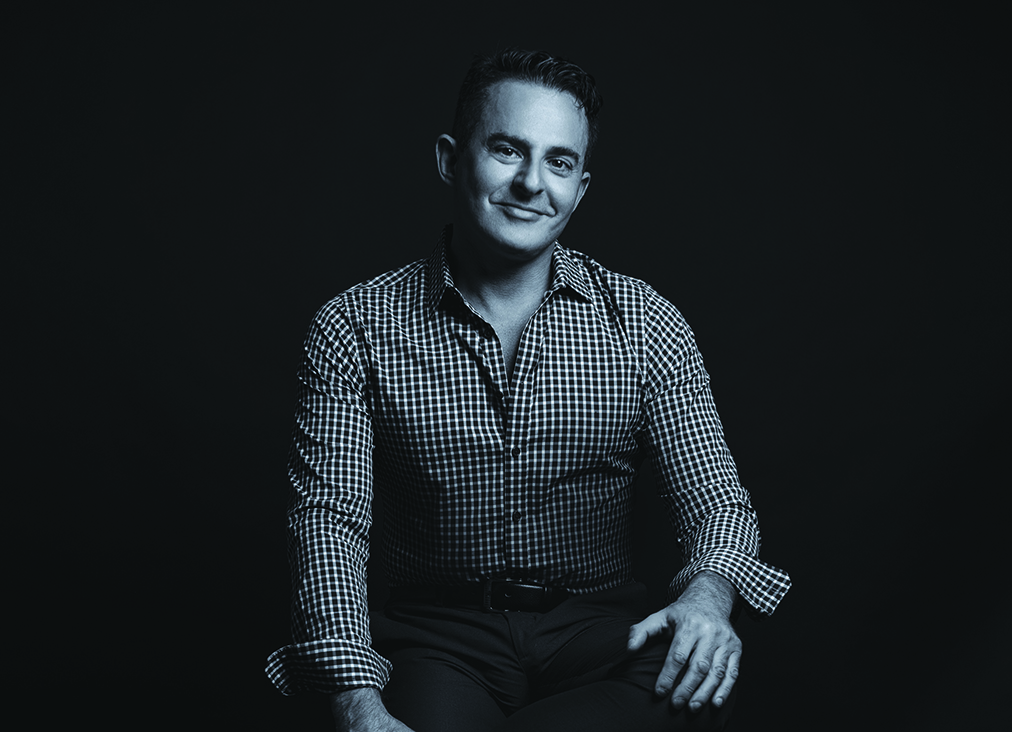 As part of Lifestyle’s November 2019 cover story, five prominent members of the local LGBTQ community—representing different professions, generations, experiences and backgrounds—opened up about their respective journeys.

The back story: The former president of the American Conference of Cantors (2013-16) is celebrating 25 years at Temple Kol Ami Emanu-El, a reform synagogue in Plantation. Goldman grew up in London as part of an Orthodox Jewish household. As a teenager, he pursued the cantorial path at the London School of Jewish Studies, becoming certified at age 19 (at the time, the youngest ever to receive certification). He had yet to come out when he moved to Rochester, New York, in the early 1990s for his first cantor position in a conservative congregation—but it was during his four years there that he “finally came out to myself.” He moved to South Florida in 1995 for the cantorial opening at then-Temple Kol Ami (which later merged with Temple Emanu-El).

Growing up in an Orthodox home: “If we’re just focusing on the question of homosexuality in Orthodox teachings, it’s totally forbidden. The rabbis would say that it was strictly against the tenets of Judaism, that people who were gay were sick, they had mental issues—that it’s something that should be treated.”

• “It does say in Leviticus that a man shall not lie with a man for it is an abomination. By the way, it says a lot of other things in the Old Testament. Like you’re not allowed to mix wool and linen in the same garment. If you do, it’s a sin. Same with eating certain kinds of food, like crustaceans. Well, what did you have for dinner last night? Can I check your coat to see what it’s made of? So, for me, there’s a huge hypocrisy.”

• “Between the ages of 13 and 19, when I was deeply Orthodox religiously, I used to pray three times a day—as is the custom in traditional Judaism. And I remember, each time I’d pray, asking God to take this [feeling] away from me. It was an inward struggle, one that I certainly couldn’t share with anyone. The only way to reconcile it back then was to think that God was testing me.” 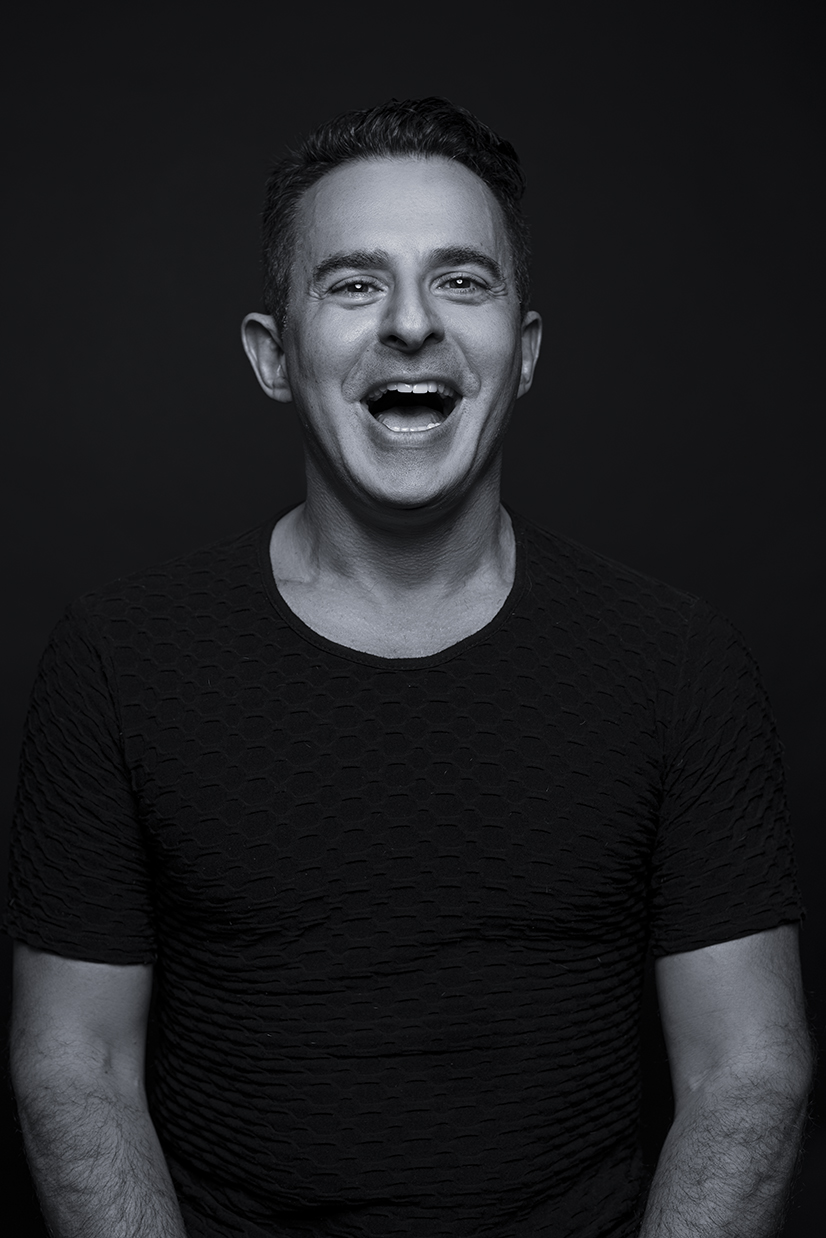 The Rochester years: “It was a phenomenal opportunity, especially for a 24-year-old, to be part of this large and prestigious congregation in Rochester. But also, somewhere in my mind, I thought coming to the U.S. would give me an opportunity to explore myself. I had my first boyfriend. I started becoming a part of the gay community. But I was closeted until I left Rochester because that was a conservative congregation, somewhere between reform and Orthodox Judaism. At the time, it would have been difficult to be an openly gay cantor.”

• “In Rochester—because I was young, single and the cantor—everyone was trying to set me up with their daughter or granddaughter. And I did, actually, date a girl. I remember telling her that I thought I might be gay or bisexual. She was very cool about it.”

Finding love: “Less than a year after moving to South Florida, I met [his future husband] Aaron. He started coming to synagogue with me. I’d introduce him to members of the congregation. People aren’t stupid. And they were fine with it. Suddenly, I’d receive invitations to functions that read, ‘Cantor Mark Goldman and Aaron Taber.’”

• “I later had a conversation with the [former] rabbi, and I explained to him that I was dating Aaron. And he said, ‘I know all about it … and that’s great. But, I understand he’s not Jewish.’ [Goldman laughs] I’m thinking, ‘I can’t win here!’ It wouldn’t be an issue today, but back then it was, especially because I’m the cantor and I’m encouraging people about Jewish continuity. But, actually, Aaron ended up converting to Judaism.” [Note: Mark and Aaron have been together 23 years; they married in 2016.]

Religion and the LGBTQ community: “I’ve met people who talk about growing up in a wonderful church and what it meant to them. Then they come out, and they’re rejected. And they can’t get over that because they’ve lost an important part of their life. But it doesn’t have to be that way.”

• “As a cantor, I want to show that you can lead a religious life and be gay. The two things aren’t mutually exclusive. Unfortunately, religion often gets dealt a very poor hand in the gay community. I hope that I’m [helping to change that] perception, in a positive way.”

Speaking from the pulpit: “In terms of the congregation, it’s important for me to be apolitical. My job is not to push a political agenda. It’s to talk about issues in an informed way—and let people come to their own conclusions.”

• “The goal is to appeal to the entire congregation. So, if you talk about issues from a Jewish values perspective, or if you’re quoting prophetic verses that, say, talk about acceptance, then you’re using a traditional source—and you’re bringing it into the now. What is discrimination today? How can we be accepting today?”

Personal vs. professional stances: “I don’t think there’s been a particular issue where I felt there would be a conflict in terms of the congregation. If someone in the congregation said, ‘Oh, my goodness, you signed a letter with 400 other faith leaders asking the president [to refrain] from LGBTQ anti-discrimination policies’ [which Goldman did in 2017], I’d be more than happy to say, ‘Absolutely. Yes, I did. And I would hope you would, too.’”

Life perspective: “In my earlier years here, I used to hear people say, ‘Oh, that’s the gay cantor.’ … It was kind of funny to me—you don’t go around saying, ‘Oh, that’s the bald rabbi.’ It’s just a facet of who I am. But it doesn’t define all of me. Today, it doesn’t matter. There’s total acceptance. The congregation sees that I can read the Torah perfectly. I can teach their children. Now, I’m just the cantor.”