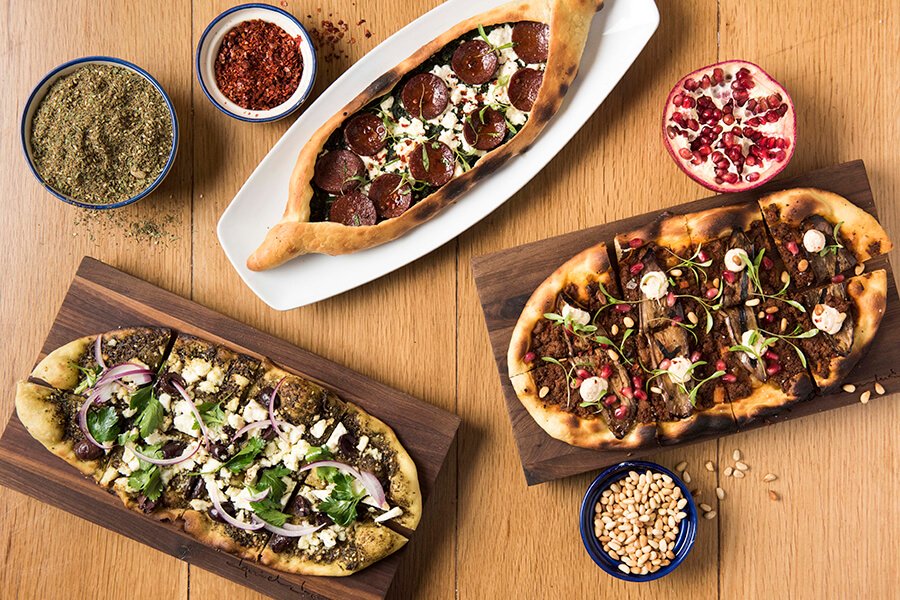 Everything at Boulud Sud is meant to evoke the feeling of being transported to an exotic place, where the flavors and colors of the Mediterranean tell the fascinating stories of a chef who has traveled the world.

Among the interior’s earthy wood tones, Moroccan-inspired tile floors and comfort-food dishes served in tagine cookware, diners can picture themselves dining along the Mediterranean coast, from France’s Côte d’Azur to Morocco, Lebanon, Israel and Turkey.

Octopus a la Plancha with its “distinct Spanish foundation” and mezze-style shared plates have become the musts of the menu. Clark says their imaginative culinary influences come from traditions that enchanted Boulud during his travels so much that he wanted to recreate them for guests.

Boulud is no stranger to culinary exploration. Beginning at the legendary Le Cirque, Boulud won a James Beard Award for Best Chef of New York City in 1993, and opened his flagship Restaurant Daniel in 1998. His first entry into South Florida was 15 years ago when he opened Café Boulud at the Brazilian Court Hotel in Palm Beach in 2003. Seven years later, DB Bistro Moderne, opened in Miami in the JW Marriott Marquis. Despite its consistent and satisfied clientele, Boulud decided to close the restaurant last September and reopen it as Boulud Sud. Boulud had experimented with a pop-up version of Boulud Sud in the space a year before, and, as Bowen says, “the concept was very well received. That, and the fact that downtown has been transformed with new residents, new energy and the opening of Met Square, Chef Boulud wanted to take advantage of the opportunity to refresh the restaurant in both menu and design.”

The original opened on New York’s Upper West Side in 2011, but Bowen says the restaurant is right for the Magic City.

“Boulud Sud is a celebration of all things sea and sun, both in our menus and the relaxing interior design, so it’s a perfect fit for Miami,” Clark says. “The flavors of the Riviera are a great match for the evolving culinary scene in Miami.”

The Manhattan and Miami outposts share some of the same menu items, but Clark says there is a dedication to draw upon local produce, including Florida citrus. For the South Florida location, Andalusian gazpacho, one of Boulud’s favorites, gets its freshness from crisp cucumber and succulent watermelon, and the classic Catalonian shared plate of shrimp al ajillo is made with Florida shrimp and flavored with garlic and Spanish chili peppers.

A robust drinks list, with wines, beers and craft cocktails, complements not only the food but also the overall experience. “There’s a heavy focus on regions along the Mediterranean,” says Bowen, adding that French, South American and Californian wines have a place at the table, too. The cocktail menu is divided into three segments: Boulud, which draws inspiration from the flavors of the Mediterranean; Sud, influenced by the spice and culture of Miami; and Mediterranée, a collection of spirits and ingredients culled from the Iberian Peninsula to Cyprus.

The Mediterranean immersion at Boulud Sud isn’t complete until the final bite: the clever desserts of pastry chef Saeko Nemoto. “Finishing the evening with her creations are just as essential as enjoying a main dish,” Clark says.

The grapefruit givre is the pièce de résistance. A scooped-out grapefruit is filled with sorbet and rose lokum, a Turkish confection of honey, grape molasses and sugar. Nemoto has her own Mediterranean influences: Before joining Boulud’s team, she worked in Provence, France, and Istanbul, Turkey.