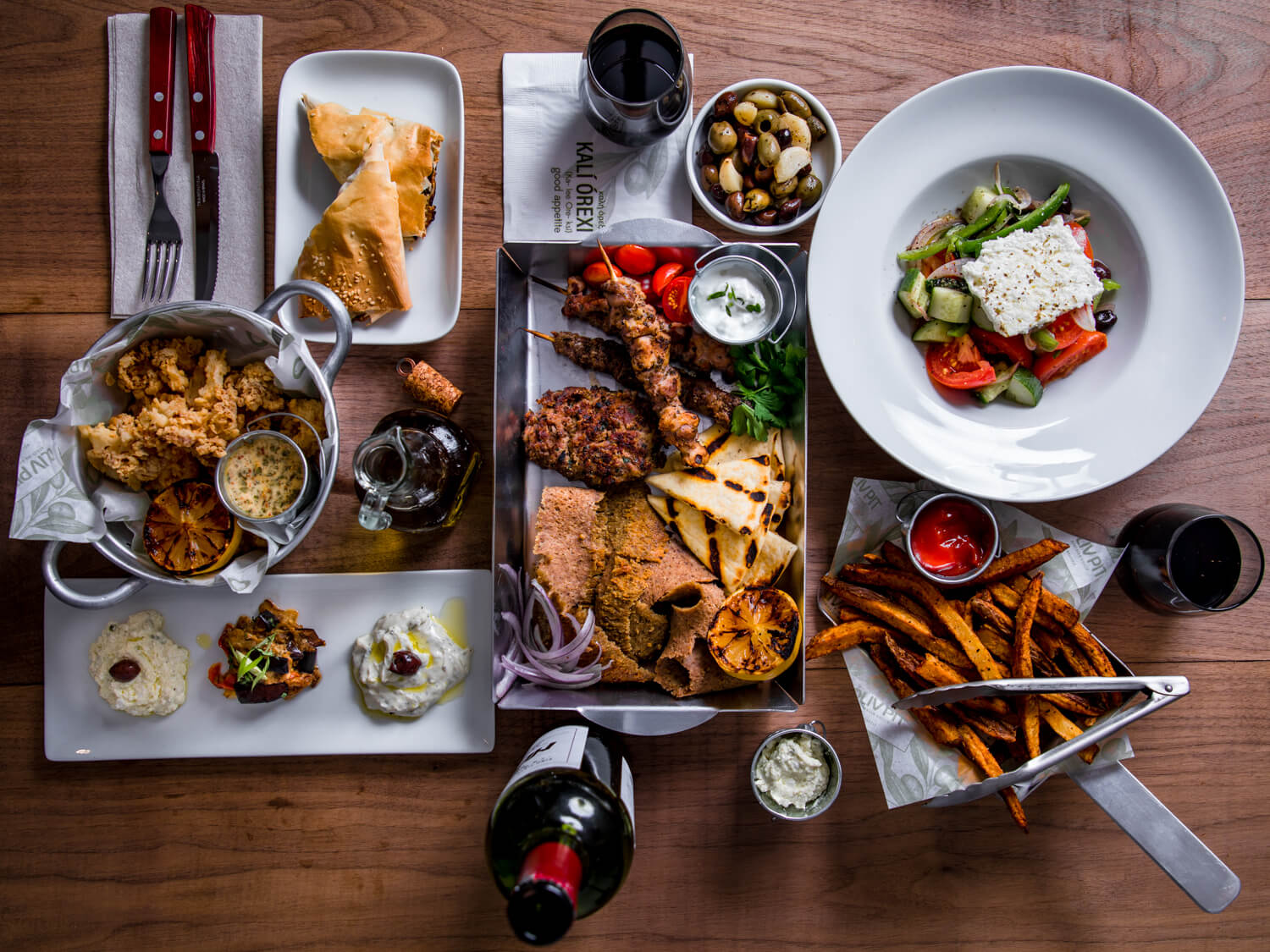 1. Taste of Athens: Authentic Greek cuisine finds a modern translation at the recently opened Oliv Pit Athenian Grille. The casual restaurant inside the Shoppes at Village Pointe is the brainchild of Emmanuel Vlahos, the son of Greek immigrants, and Marcos Alexandridis, a Greek native who played soccer for the Costa Rican team Saprissa.

2. Brick by Brick: Oliv Pit claims to be the first U.S. restaurant to incorporate barbecue briquettes made of olive pits. It’s a common grilling practice in Greece and around Europe, in large part because olive pits are free of the carcinogens and chemicals found in charcoal. In addition, olive pits produce no smoke, they have a high heating power, and the sweet scent that’s released puts charcoal to shame.

3. Greek by Design: Greek architect and designer Maria Mergoupi extends the Athenian vibe with a clean, quaint aesthetic that includes white brick, rustic wood elements, and white cushions and pillows on the bench seating that runs the length of one side of the restaurant.

4. Meat of the Matter: The case for grilling with olive pit briquettes grows stronger after sampling Greek staples such as pork or chicken souvlaki skewers, lamb chops and lamb or beef/pork burgers. The restaurant’s meat is sourced from the Kassos family’s Premium Meats in Ohio.