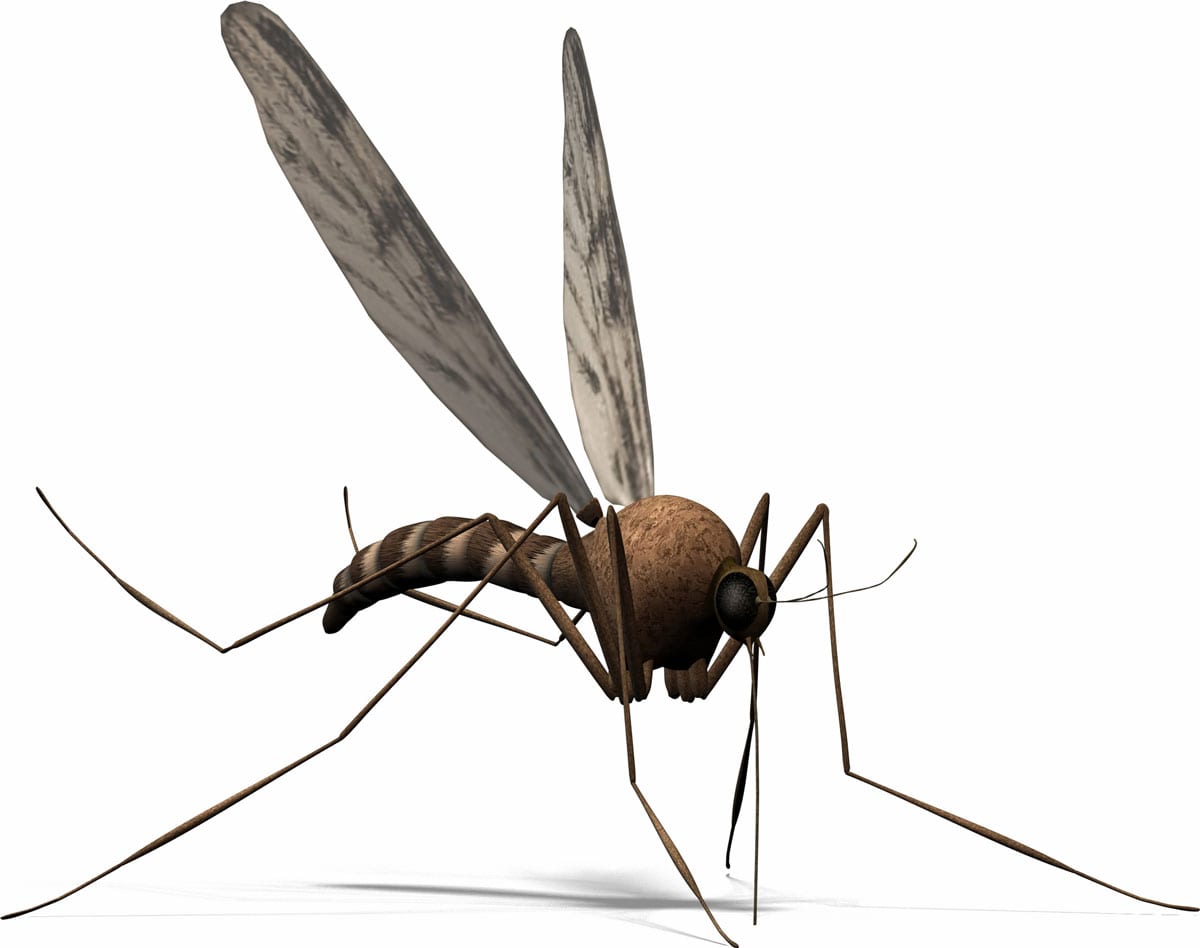 At first glance, Evaristo Miqueli has one of the least attractive jobs in Broward. Among his other duties as Natural Resources Officer is to monitor mosquito levels in a given locale by sticking his arm out to see how many of the pests land and try to bite him in a 60-second period.

If more than eight land in a minute, that may be enough to call in aircrafts to spray the area, depending on the level of citizen complaints and how many other mosquitoes are trapped nearby (the county maintains 25 different bug traps, from ocean to Everglades). If more than 30 land in that minute of exposure, the decision to spray is automatic.

“We spray only if we have to. As for the mosquitoes [landing on my arm] I don’t mind it so much,” says Miqueli, who is an entomologist by training and the former director of the Tropical Medicine Institute in Havana. “It’s really very interesting.”

One man’s ‘interesting’ is another man’s (or woman’s) nightmare, however, especially when it comes to mosquitoes. Thanks to an abundance of assorted marshes, mangroves and swamps, mosquitoes have plagued the residents of Broward County ever since the first pioneers arrived in the late 1800s. After 1933, however, things got better, thanks to the county’s Office of Mosquito Control, founded that year.

“Mosquito season usually starts in June or July and runs through October,” says Joe Mafhefka, the manager of Broward County Mosquito Control. “This year it started a little early, in May,” he says, thanks to earlier, heavier rains.

One of Mafhefka’s jobs, with input from Miqueli, is to decide when to spray to keep things under control. The county has a small fleet of trucks that spray individual neighborhoods when residents call in; it also uses a plane to crop-dust the spray, but only when things get really bad.

“We have spray trucks that go into neighborhoods, which you can request on the web or by phone,” says Mafkhefka. “We ask people to stay inside for 5 or 10 minutes [during the spray]. It’s like a big aerosol can. It will kill a percentage of the mosquitoes present then in 5 or 10 minutes it’s gone. It [the spray] is formulated to break down.” The trucks usually do their work at night or early morning, when mosquitoes are most active. The plane, with its denser spray, is used from 4 a.m. to 6 a.m., when most residents are asleep or inside.

On a macro level, the truck and plane sprays keep the mosquito clouds in check, but what can individual homeowners do?

This is an important question, since the smaller urban mosquitoes – as distinct from the larger ‘flood-water’ type mosquitoes that travel in from the Everglades – are the ones that carry viruses and other illnesses. These tiny bloodsuckers can fly only a few blocks from where they are hatched, but they’re the kind that can spread disease to humans, raccoons, horses, etc.

“Container breeders are associated with viruses, like West Nile or Dengue, which is why we encourage people to turn over [every thing that holds water], like flower pots, buckets, open boats and so forth,” says Mafkefka. Pay special attention to water pockets that also trap organic material like leaves, he says, which provides the tiny larvae with nutrition.

In addition to eliminating standing water, there are a variety of other home mosquito control tactics, depending on your wallet and the size of your property. Bug zappers, for example, are effective – but also attract other bugs, so are recommended only if you have enough space to put them far from where your family hangs out.

You can also use a personal insect repellant, as well as a killing spray, the latter of which acts like your own personal spray truck – the mist kills on contact and then dissipates. Or you can create a chemical barrier, using a yard spray or something more organic, like Mosquito Barrier, a quart of liquid garlic that repels the insects – though it leaves your yard smelling like a pizza for a couple of hours.

For larger bodies of water that may be harboring mosquito hatcheries, there are Mosquito Dunks, which dissolve in water and produce bacteria that are harmful only to mosquitoes. For the individual who wants a high-tech solution, there are electronic mosquito repellers that offer a couple of hundred square feet of protection.

In the meantime, the crew at Mosquito Control will continue to monitor for bad mosquitoes that can bring disease in addition to annoyance. The county’s last cases of Dengue and West Nile viruses occurred in 2010 and 2011, respectively. “Since then there has been nothing,” says biologist Miqueli, who not only proffers his arm but monitors his mosquito traps – and citizen complaints – on a daily basis. “But you have to keep monitoring, keep checking.” As for his job as personal tester – it did make it to an episode of Dirty Jobs.

Drained. Remove or drain standing water, such as water in rain gutters (unclog those leaves!), on flat roofs, in plastic sheeting or from leaky faucets and air conditioning units.

Changed. Change water in birdbaths and wading pools at least once a week, and make sure that ornamental pools are aerated with moving water or stocked with mosquito-eating fish.

Ground Control. Yard sprays or mosquito barriers create areas that repel mosquitoes. Go chemical or use an organic alternative with liquid garlic ($14 to $38 per gallon).

Slam Dunk. For larger bodies of stagnant water use Mosquito Dunks($10 for 6) that kill mosquito larvae with bacteria that are otherwise harmless to humans.