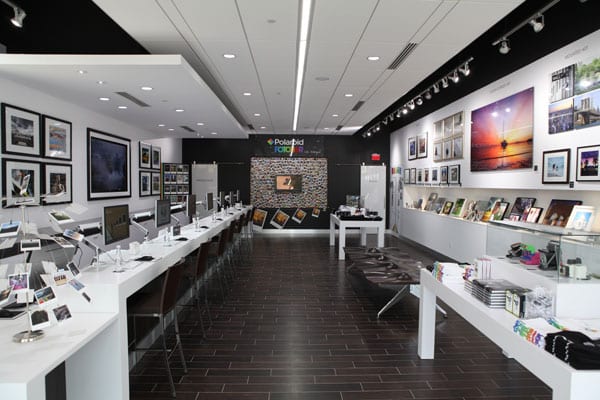 Just when you thought there was no room for another good idea comes Polaroid Fotobar, a new company poised to go national with its concept; already its stores in Delray, Orlando and Miami are going gangbusters.

The idea, developed by founding CEO Warren Struhl, seems obvious now that it’s out of the bag: Though we have loads of images flying around in our digital, virtual universe, people want actual photos they can hold in their hands.

“We came up with the idea about three years ago, and we did a lot of research,” says Struhl, who launched his company in March of 2013. “Most pictures people take are lost in the digital quicksand. It’s painful for a lot of people that [their photos] do not live in the physical world.”

Now that problem is solved. You can go into any Polaroid Fotobar and have the images from your cell phone, iPad, laptop or flash drive turned into actual photos, starting with something that looks and feels like a classic Polaroid picture (Struhl acquired exclusive rights to the name for an undisclosed sum). You can go from that $1 per-image fee (minimum $6) all the way up to $200 for a 20×20 canvas, metal or bamboo print

“The Polaroid Fotobar solves a common frustration for today’s photo obsessed society,” says Struhl. “While more pictures are taken now than ever before in history, there has never been a simple way for people to liberate their photos from their smartphones, cameras, social platforms, or even old shoeboxes to create something special and physical that can be displayed on a wall, desk or shelf.” And that includes the old family photo album that’s been such a part of the American experience.

Struhl tested his concept with its first store, in Delray Marketplace. “We call it our sandbox, not far from the factory,” says Struhl. “We thought if we built a simple, fun space, where people of all ages could go in and create products [costing] from a dollar to a few hundred dollars, that they would love it. That was our thesis, and we’ve proved it.” The response to the Delray location was so strong, that the Boca Raton-based company went from there to Orlando and then to The Falls shopping center in Miami. Next comes Boca Town Center; from there the company will go national.

“You can do it online as well, but you can’t touch or feel that, so it’s not as much fun,” says Struhl. “Physical is the new digital.”