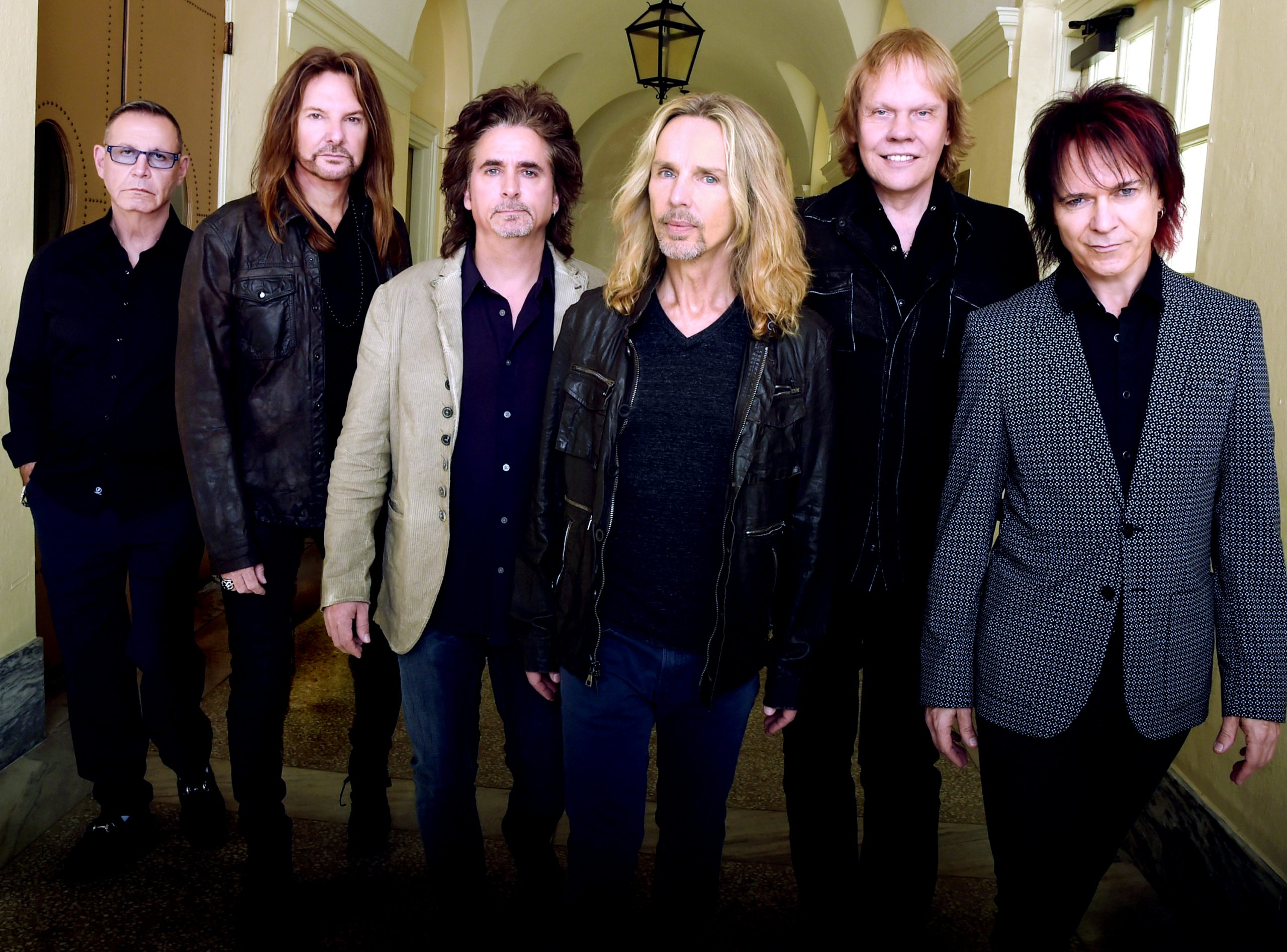 Lawrence Gowan was 12, and two years into his keyboard training, when his parents finally purchased a family piano. As he sat on the bench and prepared to raise the roof on his Canadian home just outside of Toronto, his father asked him to slide over.

“He riffed into about three hours of music,” Gowan says. “I was shocked. I had no idea he could play. It turns out, he was a natural ear-trained musician. He had no clue what notes he was hitting. He could just make music. It was a remarkable moment in my life.”

It wouldn’t be the last.

Three decades later, the vocalist/keyboardist, who had developed a strong following in Canada as a solo artist, found himself in a Hollywood, California, living room awaiting the verdict on his future. Would he would be the newest member of a classic rock band— one that, at its peak, released four consecutive albums certified multiplatinum (at least 2 million sold) between 1977 and 1981?

By 1999, however, Styx seemingly had lost its way after a highly publicized break with Dennis DeYoung. The question was whether the band that broke huge with hits like “Come Sail Away,” “Fooling Yourself,” “Renegade” and “The Best of Times” could rediscover an audience for its progressive sounds and power anthems without its founding member.

Twenty-three years and more than 1,500 concerts later, Styx continues to answer that question in emphatic fashion. Along with guitarists Tommy Shaw and James “J.Y.” Young, Gowan has helped to introduce Styx to new generations of fans with his dynamic vocals, classically trained keyboard playing and high-energy showmanship on his spinning piano.

Gowan spoke to Lifestyle about a rock journey that brings him back to South Florida with Styx later this month.

You earned an academic degree (ARCT) in classical piano at the Royal Conservatory of Music in Toronto before turning 20. Did piano come as naturally to you as it did for your dad?

Some of it for sure. I started when I was 10. They used to give you this cardboard foldout of a keyboard for practice. I had to memorize where my fingers went and learn to play the piece on the cardboard. Then, at the end of the week, I’d go to practice and finally hear what it was that I was working on.

One day, my piano teacher asked what kind of piano we had at home. I told her we didn’t have one. She called my parents and said, “Lawrence is doing remarkably well for someone who never plays at home.” My father told her they were waiting to see if I stuck with it. But that’s what finally got us the family piano.

Later, I read that Rick Wakeman [the keyboardist for the band Yes] and Elton John went to the Royal Academy of Music in England. So, I spent two years doing nothing but playing the piano—and diving as deep as I could into classical music—at the Royal Conservatory of Music in Toronto. That degree still serves me well. It gave me the musical background, and, to this day, I’m never short on technique.

Was Styx on your radar as a young musician?

I was enamored with progressive rocks bands of the 1970s—Genesis, Yes, Emerson Lake & Palmer, Jethro Tull. What I noticed about Styx was, here’s a band not from the UK that’s doing progressive rock—and they’re successful at it.

The difference I noticed with Styx was that they had a wide musical vocabulary. You could hear the progressive influence, but they also had this great pop and rock sensibility. So, I admired that. 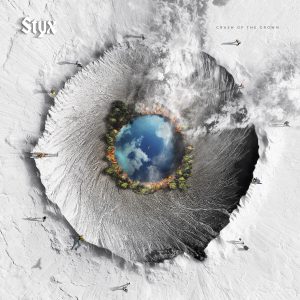 As the story goes, you get a call from guitarist Tommy Shaw in 1999. This is two years after you had opened as a solo act for Styx at the Montreal Forum. What led to the call?

In 1997, I had the same promoter as Styx. I had a top 10 record at the time in Canada, and I was playing theaters. Just me on the piano. The promoter called Styx’s manager and said he wanted me to open for Styx at the new Montreal Forum.

It went really well with the audience. When I came off the stage, I met the guys from Styx. Funny enough, Tommy Shaw said to me that night, “We have to do more in the future.” Talk about prophetic words. The following night, we played Quebec City, and then I didn’t hear from them.

In 1998, I played at the opening for Princess Diana’s Memorial at her Althorp Estate in England. I had done a song called “Healing Waters” that her family liked, and they asked me to perform it. I worked with the London Symphony. Duran Duran also was on the bill. At the rehearsal, Todd Sucherman [drummer for Styx] re-introduced himself, mentioned the show we did in Montreal, and we chatted a bit.

Now, it’s 1999, and Styx has come to the decision to work with somebody new in the band [because of the backstage drama that had unfolded with Dennis DeYoung]. My name came up, and Sucherman tells the guys that he just saw me in England at the Princess Di event.

So, Tommy Shaw called me. “We really want you to tour with us again,” he said, “but we want to know if you’d be interested in being part of the band.”

I asked him to give me an hour. I immediately got a copy of The Grand Illusion [Styx’s classic album from 1977]. I played the first two songs—“The Grand Illusion” and “Fooling Yourself”—to see if I could handle the vocal range. And I realized, yeah, this feels right.

I called back, and James Young invited me to Tommy’s place to see if we could [capture] that quintessential Styx three-part harmony together. The next day, I was on a plane to Los Angeles.

Back then, Tommy’s house faced the “Hollywood” sign, right across the canyon. He was probably one of the four or five houses closest to that iconic sign. After we practiced a few songs, I walked out of the room while they discussed if I passed the sniff test. I remember staring at the “Hollywood” sign and thinking, “This is so movie-like. I wonder if it will have a happy ending?”

It did. I’ve been with Styx ever since.

What: Styx co-headlines an evening of classic rock that includes two other bands from the 1970s and ’80s with multiplatinum-selling albums—REO Speedwagon and Loverboy. The summer “Live & UnZoomed” tour marks the fifth time that REO and Styx have hit the road together since 2000. Last year, REO embarked on a post-Covid 40th anniversary tour for Hi Infidelity, the 1980 album that spent 15 weeks atop the Billboard 200 chart. Styx, back in South Florida after opening the revamped Pompano Beach Amphitheater in February, is celebrating 50 years since forming in 1972.