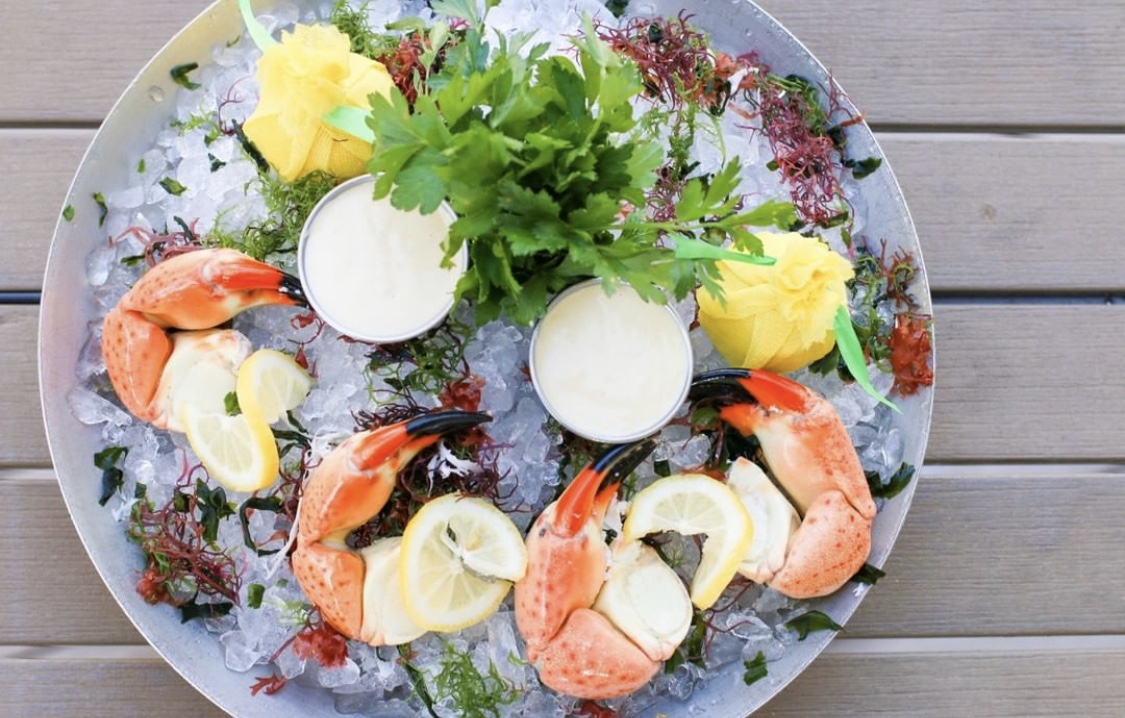 Perhaps lost amid the run-up to last weekend’s Fort Lauderdale International Boat Show and Halloween festivities was the official start to stone crab season on Oct. 15. According to the Florida Fish and Wildlife Conservation Commission, commercial harvesting of just the coveted claws runs through May 1, 2022.

News of stone crab season was not lost on Shooters Waterfront, the beloved culinary hot spot along the Intracoastal Waterway in Fort Lauderdale (3033 NE 32nd Ave.; 954.566.2855). According to Peter Lopez, director of operations at Shooters, the restaurant “will serve [stone crabs] the way Mother Nature intended them to be served.”

As evidenced by the photo above, that means fresh pre-cracked claws on a bed of ice—and served with a sweet and mild mustard sauce.

But the raw bar and seafood starters don’t stop there at Shooters. In the go-big-or-go-home category, check out the Norme de Mar—a chilled (and visually striking) feast that includes lobster tail, shrimp cocktail, fresh oysters and Alaskan king crab legs.