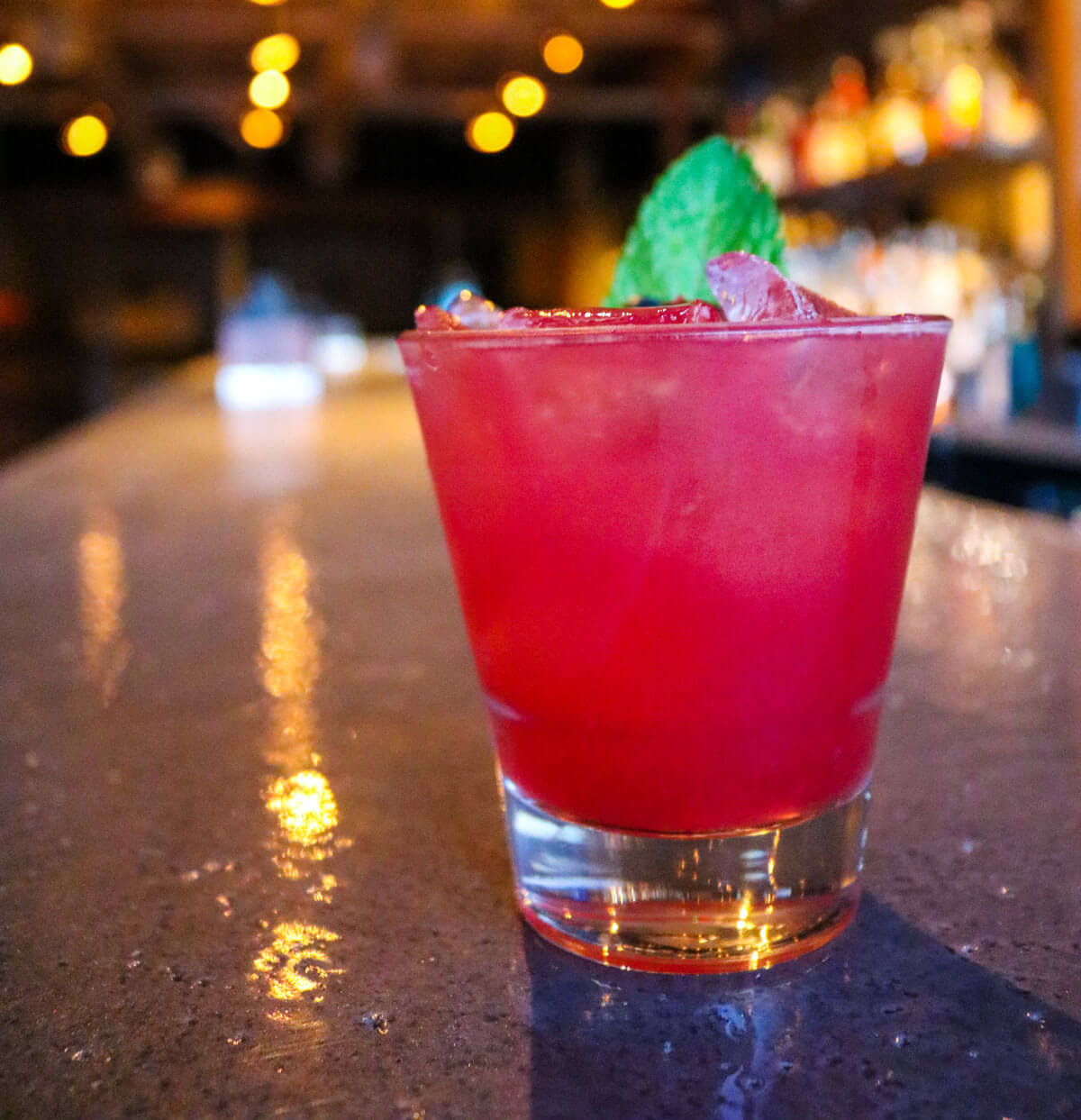 The Hideaway stands out amid the changing winds of downtown Fort Lauderdale. The speakeasy-style bar, juxtaposed with the construction of modern high-rise apartment complexes nearby, makes its home in the Bryan Building, a sturdy brick structure named for Thomas Bryan, one of Fort Lauderdale’s pioneers. The building, protected by its inclusion in the National Register of Historic Places, was constructed in 1913 as one of the first hotels in the original downtown district.

Inspired by the time period, Hideaway owner Michael Tuck recreated the building’s past, imagining the 4,000-square-foot space (which is divided into two rooms, each with a bar, separated by a sliding barn door) as the hotel’s basement during the Prohibition era.

Designer Kurt VanNostrand, owner of 5&Dime Design in Miami, saved the historic designs from the original space, even uncovering original Dade County pine columns. The lounge boasts refurbished, era-specific furniture under a stamped-tin ceiling. Vintage metal elevator gates separate three yellow booths in the back, which add a pop of color to the dim, moody atmosphere. The bar resembles a workbench, with the liquor displayed on a conveyor belt. The organ in the corner has been converted into a deejay booth. Kitschy knick-knacks, such as dials, gauges and clocks, line the bookcase and walls. Smoking isn’t permitted, but the restored cigarette machine by the bathrooms offer a wink to the speakeasy’s rebellious nature.

The Hideaway (21 W. Las Olas Blvd.), which opened in December, specializes in craft beers and artisanal cocktails of the bourbon and whiskey variety. Fresh fruit is juiced rather than muddled, and the syrups are housemade. Of the six specialty cocktails, one became a crowd favorite and was named after the bar. Mixed with Bulleit bourbon, strawberry and blueberry-basil syrups, and lemon juice, it hits Tuck’s goal of being accessible and unpretentious.

After previously operating Play and Stereo, two of the first VIP electronic dance music clubs in Fort Lauderdale, Tuck is bullish about his concept, as well as the city’s future.

“I see the growth here,” he says, “and I think it’s not only going to be the best place to live, but the best vacation destination.”

Directions
Add all ingredients to a shaker with ice. Shake hard and strain into glass. Add fresh ice and garnish with three blueberries.

Syrups can be found at specialty food stores, or make your own from recipes easily found online.