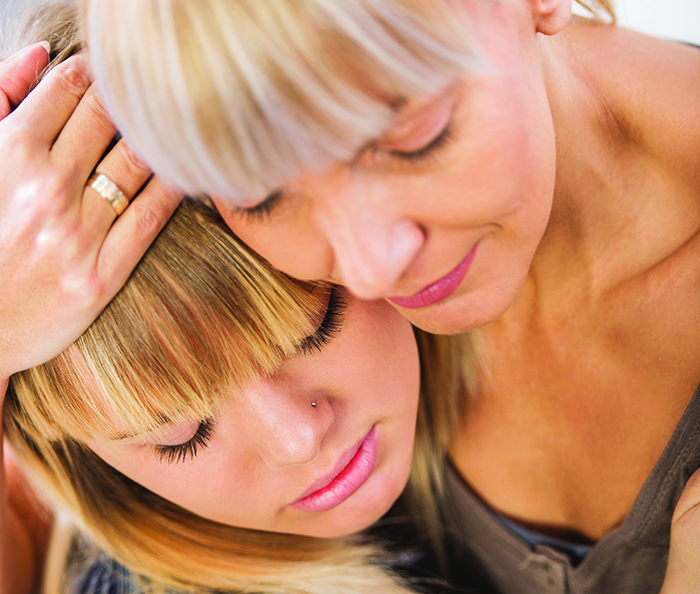 Summer is often associated with a sense of freedom. Schools are out, vacations commence and the outside world greets us with sunshine. However, no matter how bright the sunlight is, for some, the summer is cast with darkness.

“If a mom is going to make that break, it often happens in the summer. It’s that time when kids are out of school,” says Mary Riedel, CEO of Women in Distress of Broward County, one of the largest domestic violence centers in Florida. Its crisis hotline is a lifeline for many, receiving nearly 2,000 calls per month.

According to Women in Distress’ 2013-14 annual report, it has more than doubled the number of children’s counseling hours through its emergency shelter and outreach programs. “We see men and women and children. More than half of all the people we serve are kids,” Riedel says.

One local woman, Jane Smith*, credits Women in Distress for saving her family. Smith called the crisis hotline to learn more about the organization’s tools and programs in an effort to protect herself and her teenage daughter from Smith’s abusive husband. “Unfortunately, it got to the point where my daughter tried to kill herself,” she says.

Smith’s husband was abusive for many years before she finally reached out for help. She attempted to end her marriage, but admitted that she faced many challenges before taking drastic measures to change her daughter’s life. “I thought that I would leave him when my daughter grew up, but I couldn’t wait for that to happen,” she says.

In order to ensure that she and her daughter could leave safely, Smith spoke to an advocate at Women in Distress to go over safety plans. “I made the call in March,” she says. “It took two months to plan it.”

According to Riedel, there’s a common statistic that indicates that it may take up to seven tries for a victim to finally leave for good. “But for some women, it’s one time and that’s it,” Riedel says.

For others, it is not until the most dangerous moment that the woman decides to make the break. After years of escalated abuse, the time came when Smith realized that she and her daughter could no longer stay in the house.

“I had the biggest fear that he was so obsessed with us, that I felt if he knew where we were living or found out, he would kill both of us and shoot himself. I made sure that I took every precaution,” Smith says.

On the day of her escape, she pretended to take her daughter to sports practice. Smith felt fortunate that her husband was off-guard and oblivious to their whereabouts. “I did it in a way that I was able to leave without a trace, which allowed me time to get a restraining order in place to start everything,” she says. “I was a step ahead of him. It was only because I got the tools and resources and guidance from Women in Distress that I was able to pull it off.”

To women in similar situations, Smith reassures that there is a way out. She advises to those who are able to recognize the signs of domestic violence and feel unsafe that there are people and shelters in the community that will help. “One of the reasons I stayed for a long time is because I thought there was no way out – until I got desperate,” Smith says.

Smith and her daughter are still moving through the healing process, which includes therapy and support from Women in Distress. “I’m allowing the forgiveness to be able to move on. It’s not easy,” Smith says. “The wounds heal fast, but the emotional wounds are very difficult.”

According to Riedel, domestic violence is an issue that touches everyone in some way, whether it’s a sister, a neighbor or a work colleague. She says that it takes a community to tackle the problem and form solutions that will break the cycle.

“I’ve been given a new chance to live without violence and abuse,” Smith says. “I’ve been born again. It’s a new life and clean slate for both my daughter and myself.” ?

*For confidentiality reasons, dates and names in this story have been changed.