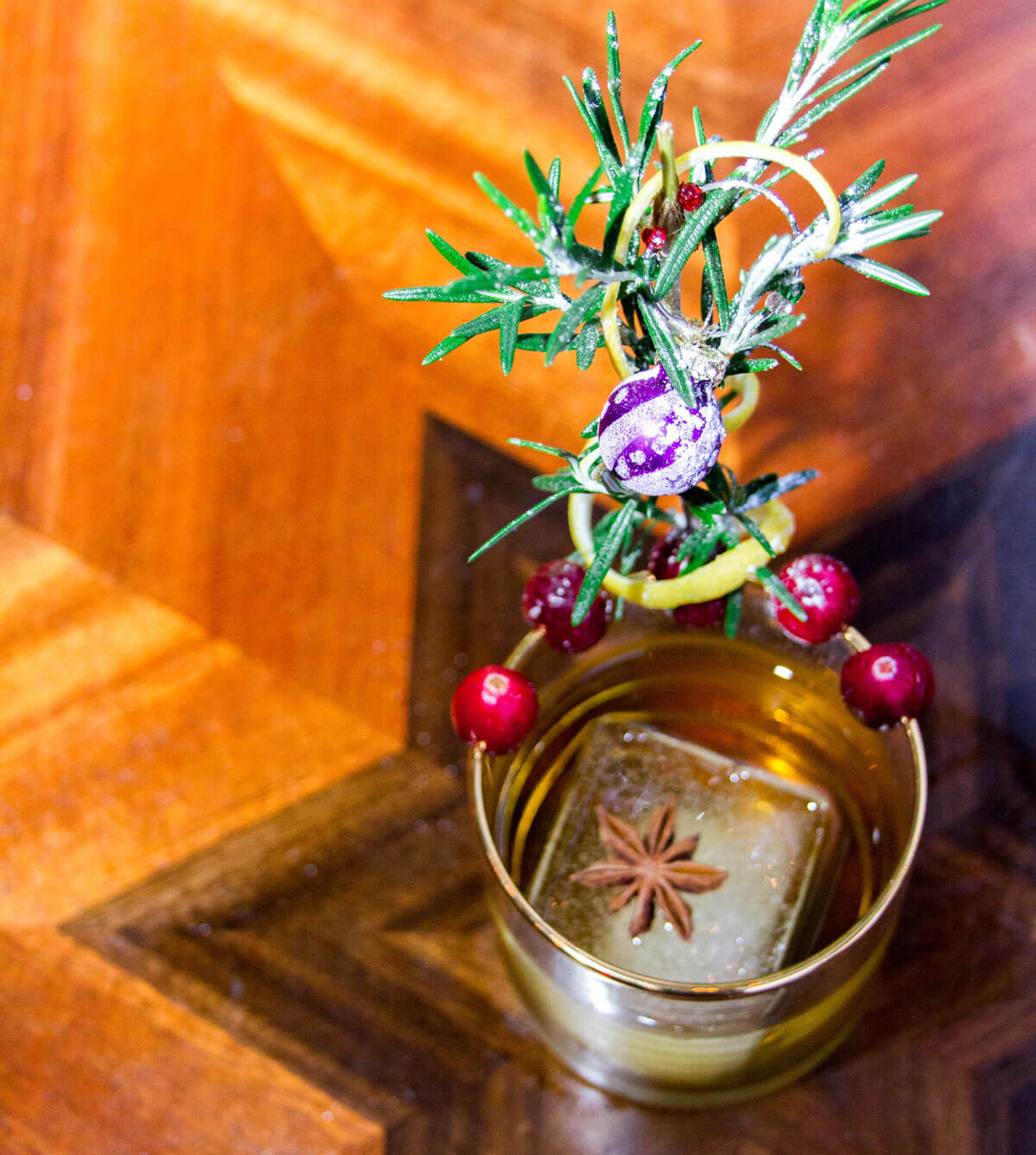 “A name means so much,” explains Kurzawinski, the group’s beverage director. “It resonates with people’s minds. … When you see a fun name, it evokes a memory. You can build a cocktail from there.”

On a recent afternoon, he was seated at the bar at The Apothecary 330 (330 Himmarshee St., Suite 101, Fort Lauderdale), fixated on his computer. With tinsel draped along the walls, he was finalizing the lounge’s first holiday cocktail list, featuring six festive libations available throughout the winter.

“We’re going kind of all-in this year—we wanted to push it a bit,” he says of the new menu and seasonal decor growing around him. The former Apothecary general manager is implementing his love of seasonality and fresh cocktails across JEY’s 12 restaurants and bars.

“It’s just semantics, but the word ‘mixologist’ to me still rings like pretentiousness,” Kurzawinski says. “I’m just a humble bartender who enjoys a great cocktail.”

In the season of not taking himself too seriously, he concocted Rum Rudolph Rum, a play on Chuck Berry’s “Run Rudolph Run” Christmas tune, with aged rum, egg whites and spiced cocoa tea bitters; XXX Mas Tequila, inspired by Sammy Hagar’s “Mas Tequila,” a tequila-twist on an Old Fashioned made lively with burlesque bitters (think spiced cranberry and açai berry); and Wrapper’s Delight, a clarified milk punch named after the 1980s hip-hop song “Rapper’s Delight,” which features several liquors, “from absinthe to rum to everything in between,” he says. The latter cocktail is served on a platter, he adds, and presented with shortbread cookies on the side—a grown-up version of Santa’s milk and cookies. If a customer can spit out the lyrics, he’ll give them $2 off the drink.

“My mind works in evil ways when it comes to cocktails,” he says. “We’re big little kids around here.”